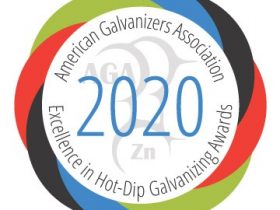 Call For Entries: Is Your Project the Next Most Distinguished Winner? 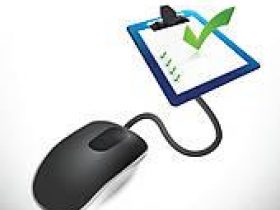 What Do You Think About Hot-Dip Galvanizing? 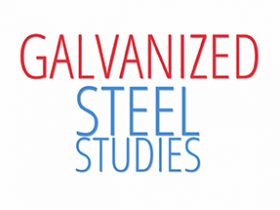 In Their Own Words: Specifiers Provide Testimonials in Galvanized Steel Studies Video Series

The American Galvanizers Association (AGA) is pleased to announce the winners of the 2016 Galvanize the Future: An Edgar K. Schutz Memorial Scholarship essay contest. Three students were select...
Continue Reading »

The Market Development Committee (MDC) of the American Galvanizers Association (AGA) is pleased to announce Mr. William (Bill) Acra of AZZ Galvanizing Services is the 2016 winner of the Daniel M. Hubbell Award. The award i...
Continue Reading »

CENTENNIAL, CO Corrosion damage to reinforced concrete structures costs an estimated $20 billion annually in the U.S. alone and this figure is expected to grow by $500 million each year as existing infrastructure ...
Continue Reading »

Our suppliers of products, services, equipment, and zinc are integral to the long-term success of our industry.  Many of these companies have been sustaining members of the AGA for 10, 20, and even 50 years. The list ...
Continue Reading »

Thanks to the effort of the Zinc Coalition, primarily directed by Eric Van Genderen of the International Zinc Association, proposed legislation in the California Senate has been
Continue Reading »

CENTENNIAL, CO - The American Galvanizers Association (AGA) is pleased to announce the winners of the 2016 Excellence in Hot-Dip Galvanizing Awards. More than 120 projects were submitted representing the versatili...
Continue Reading »

Benchmark Accounting, Finance, HR, & Purchasing with Others in the HDG Industry It’s been five years since the last ThinkFinance Workshop was organized by the AGA.  Both the inaugural ThinkFinance ...
Continue Reading »

2016-2017 Board of Directors and Committee Assignments

The new assignments for the 2016-2017 Board of Directors and Committees are as follows:
Continue Reading »

A friendly bet was placed on the AFC Championship game between the Denver Broncos and the New England Patriots. Who won the bet? We will let the pictures tell the story... ...
Continue Reading »