Rust is an unsettling sight when visible on a bridge you cross frequently. Unfortunately, this is not a rare occurrence across the United States. The 2019 America Road & Transportation Builders Association (ARTBA) Bridge Report found that 47,054 (7.64%) of America's 616,087 bridges are rated "structurally deficient" and need urgent repairs. Americans cross these bridges 178 million times a day. Furthermore, an additional 38% of U.S. bridges have identified repair needs. The association estimates it would take over 80 years to make the repairs needed to these bridges.

To ensure the bridge would have a service life exceeding 75+years, the design engineer turned to hot-dip galvanizing.

St. Clair County, MI has demonstrated their dedication to tackling this issue over the past several years. A priority in 2019 was the Marine City Starville Bridge. Weight restrictions had been posted for the bridge and rust was clearly visible on the guardrail and steel girders underneath the deck. With years of experience, St. Clair County was quick to realize that the Con-Struct Bridge System, utilizing innovative galvanized steel press-brake-formed tub girders, was the correct bridge replacement solution.

For this project, St. Clair County opted for the Accelerated Bridge Construction (ABC) design of the Con-Struct Bridge. In this design, the units are prefabricated with the final driving surface already attached. This meant the bridge would arrive in only a few sections that could be quickly and easily installed, saving a lot of time and money. The hot-dip galvanized steel tub girders, combined with the precompressed concrete bridge deck creates one of the longest lasting bridges available; meaning, St. Clair County is setting up future generations for success with less required maintenance and a longer service life.

Hot-dip galvanizing has been important to the Con-Struct design since its inception. Steel is much lighter than concrete making it easier to maneuver at the job-site; however, it is susceptible to corrosion. To ensure the bridge would have a service life exceeding 75+years, the design engineer turned to hot-dip galvanizing. Previous installations with galvanized steel have proven its durability and corrosion protection in this type of environment. Another bonus is the ability to inspect these bridges in the future. The galvanized girder design airs its condition out in the open so if there ever is an issue, inspectors can catch it quickly. The hot-dip galvanized steel requires little to no maintenance making it a very economical option compare to paint, which requires frequent touch-up and repair. Finally, the galvanized tub girders are 100% recyclable at the end of their usable life.

Timing and teamwork were instrumental for this project's success. After the engineer and fabricator finalized the design, work began at the fabricator and precast concrete locations. Once fabricated, the girders  were transferred to the galvanizing facility conveniently located on the same site. Here, the team processed the girders through the molten zinc forming a series of intermetallic alloy layers to protect the girders from corrosion. Through this process, the protective coating virtually becomes part of the steel itself due to the metallurgical bond that forms.

Simultaneous to the fabrication of the girders, ADL Systems completed the precast deck panels. ADL Systems was selected for this project due to their proximity to the installation site in Portland, MI and their history of producing quality precast concrete products. By completing the tub girders and deck panels at the same time, the overall lead-time was reduced. Prior to final shipment to the job site, the girders were transported from the galvanizer's facility to ADL Systems. Here, the team attached the deck panels to the girders and shipped the fully assembled units to the installation location.

According to St. Clair County Bridge Crew's Project Manager, DeWayne Rogers, "The Con-Struct Bridge is cost-effective and easy to assemble. I would definitely recommend it to other counties across the country." St. Clair County, MI is a prime example of a county dedicated to tackling the issue of crumbling bridges. As more counties and states allocate increased funding for bridge replacements, the manufacturer of the Con-Struct Bridge is dedicated to building awareness of this economical, long-lasting bridge replacement option. 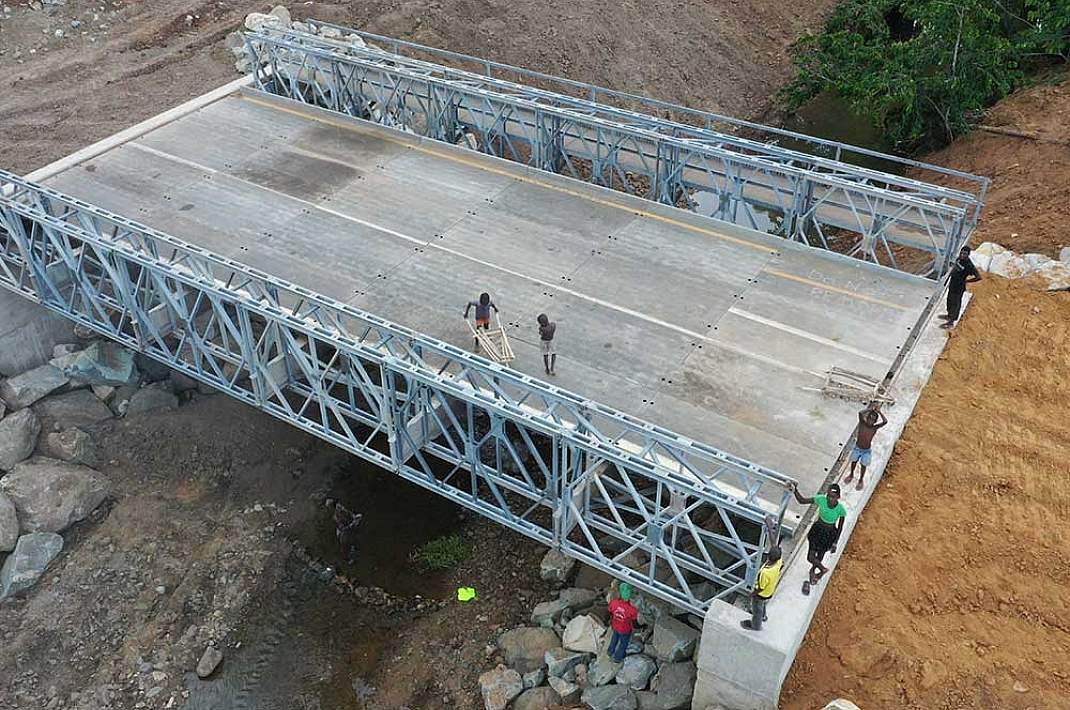 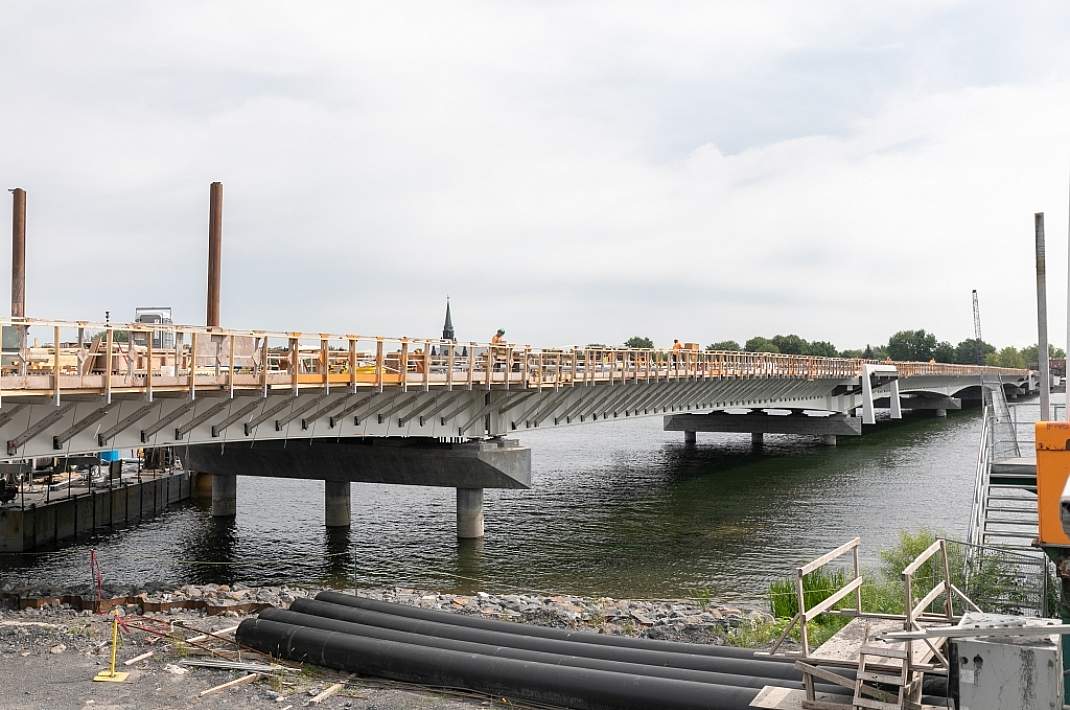 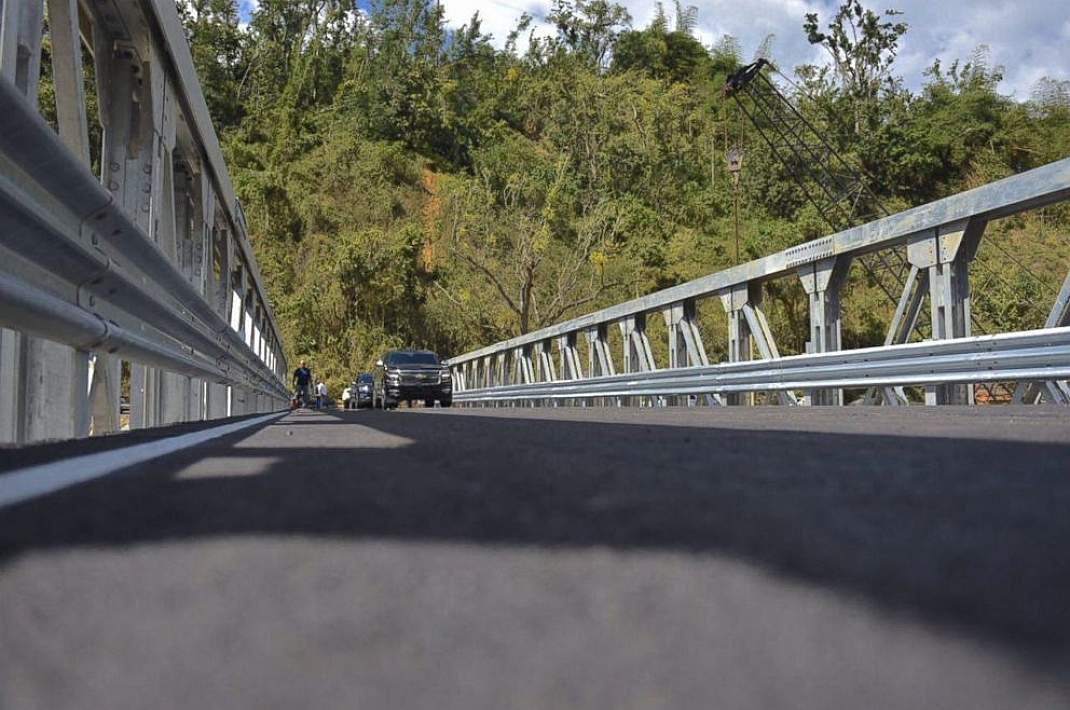 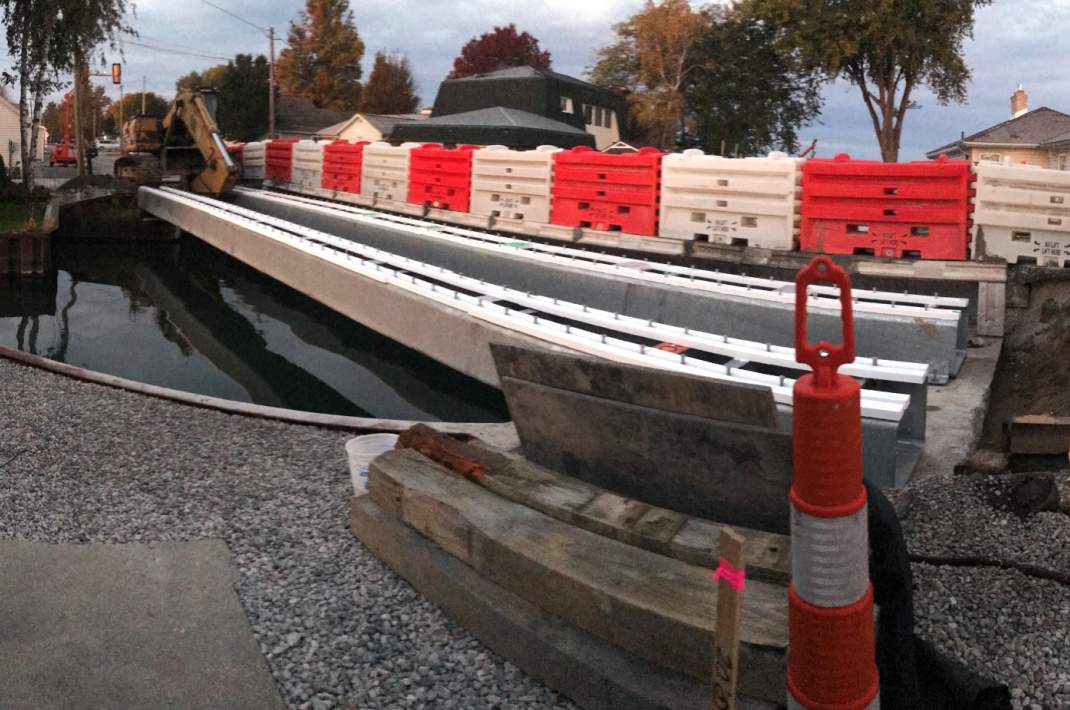