The American Galvanizers Associations 1995 Most Distinguished Excellence in Hot-Dip Galvanizing Award winner, Frederik Meijer Gardens & Sculpture Park opened in April 1995 after 13 years of planning and fundraising by the West Michigan Horticultural Society. The 15,000 square foot, five-story Lena Meijer Tropical Conservatory is the heart of the facility, and houses a waterfall, rock landscapes, and exotic plants.

It looks the same as it did when it went up- its a proven technology.

Galvanizing was selected for this project because of its 'maintenance-free' corrosion protection characteristics. According to the designers, this project would be difficult to paint the first time and maintenance painting would be practically impossible. In addition to structural components, walkway materials, and concrete reinforcing steel were also galvanized. A vital factor to be taken into account in the assessment of a coating system for buildings and structural steel is the relative effectiveness of coatings. No protective coating applied to a structure after completion can provide the same level of maintenance-free protection as a galvanized coating which covers the entire surface of all components, automatically protecting areas to which later access may be difficult or impossible.

On a recent trip to Frederik Meijer Gardens, the designer of the project, Architect Bob Pomeroy, shared some insight into the serendipitous way hot-dip galvanizing was chosen to protect the conservatory. In the early 90s, representatives from the firm Cox Medendorp Olson Architects, who had been slated to work on the project, attended an American Horticultural Society national convention in New York City. During their visit, the idea to hot-dip galvanize the structural steel was developed based on a series of events. First, the keynote speaker at the conference, the director of Kew Gardens outside London, discussed the new Princess of Wales Conservatory. After his presentation, the representatives from Michigan were able to meet and talk with the director who said he would not build a conservatory with anything other than hot-dip galvanized steel.

The director of such a prestigious facility carried a lot of weight, and the architects began to consider whether hot-dip galvanized steel would be a good fit for their project. As their visit in New York continued, the Michigan representatives toured the newly completed Brooklyn Botanical Gardens, which was just about to open to the public. The Brooklyn structure used painted steel, and although the white color was attractive, the architects noticed there was already a lot of dirt and dust on the paint. They felt this was unattractive and coupled with concerns of corrosion of the pipe steel, came back to Michigan with the suggestion to utilize hot-dip galvanized steel. The rest of the brain trust agreed unanimously, so the design began with hot-dip galvanized steel as the coating of choice.

Pomeroy, now the Senior Architect at FTC&H, and Frederik Meijer Gardens Facility Manager K.C. Mitchell, who has been working at the facility for more than 18 years, shared their thoughts about how the hot-dip galvanized steel building has performed over the last 24 years in a Galvanized Steel Study video above. Both Pomeroy and Mitchell noted the galvanized steel has exceed the expectations of everyone involved from 1994. Mitchell noted no funds have been used on upkeep of the galvanized steel structures, even though they have been subjected to 90 MPH winds and snow up to six feet deep on the exterior, not to mention the humidity, pesticides, watering, and fertilizer compounds used inside.

Pomeroy stated, I think as an architect, when you come back to a facility it looks the same as it did when it went up, and (so) without a doubt, we would galvanize something like this (again). I think its a proven technology and when you see the results (nearly) 25 years later, why would you not continue to use that same system.

Since it opened, Meijer Gardens has attracted more than ten million visitors. Thanks to the sustainability of hot-dip galvanized steel used throughout the facility, millions more will be able to enjoy the exotic gardens at the Frederik Meijer Gardens & Sculpture Park for generations to come.

Bob Pomeroy, the original Architectural Firm, and K.C. Mitchell of the Facilities Management Team reports the facility and steel exceeded in expectations they thought possible in 1994. 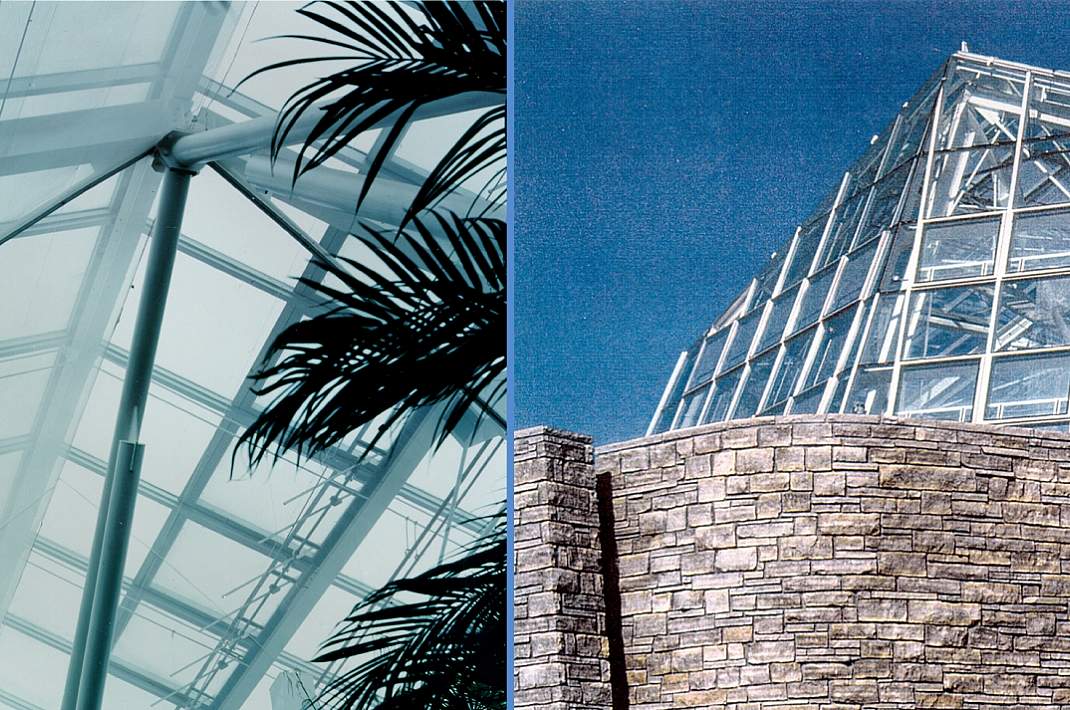 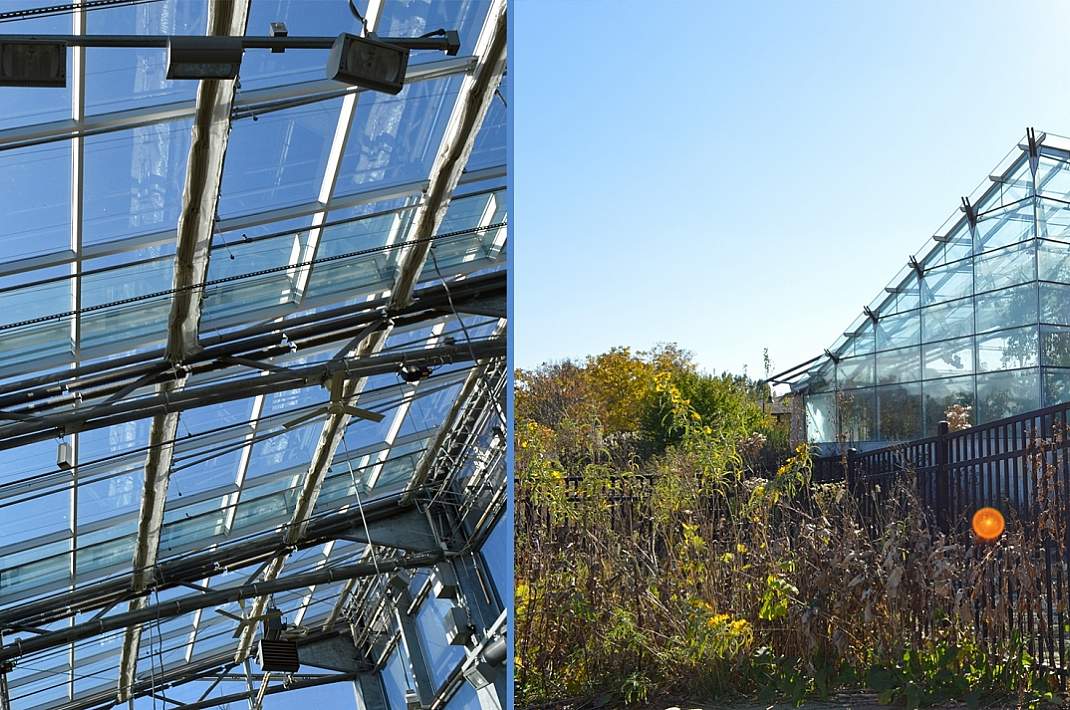 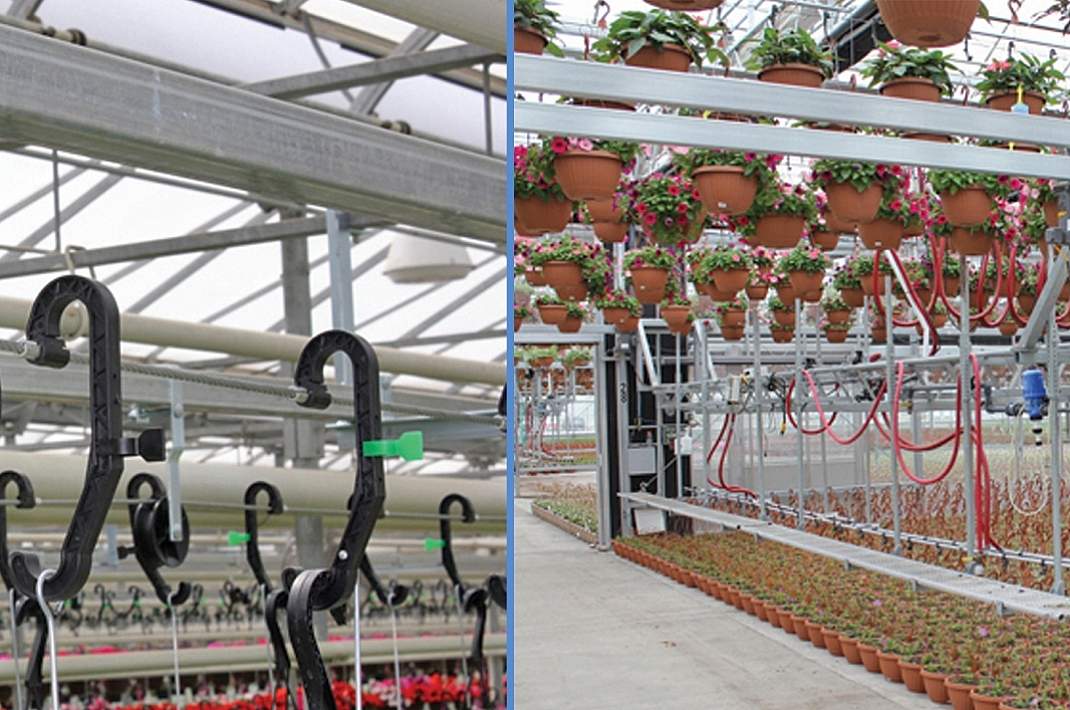 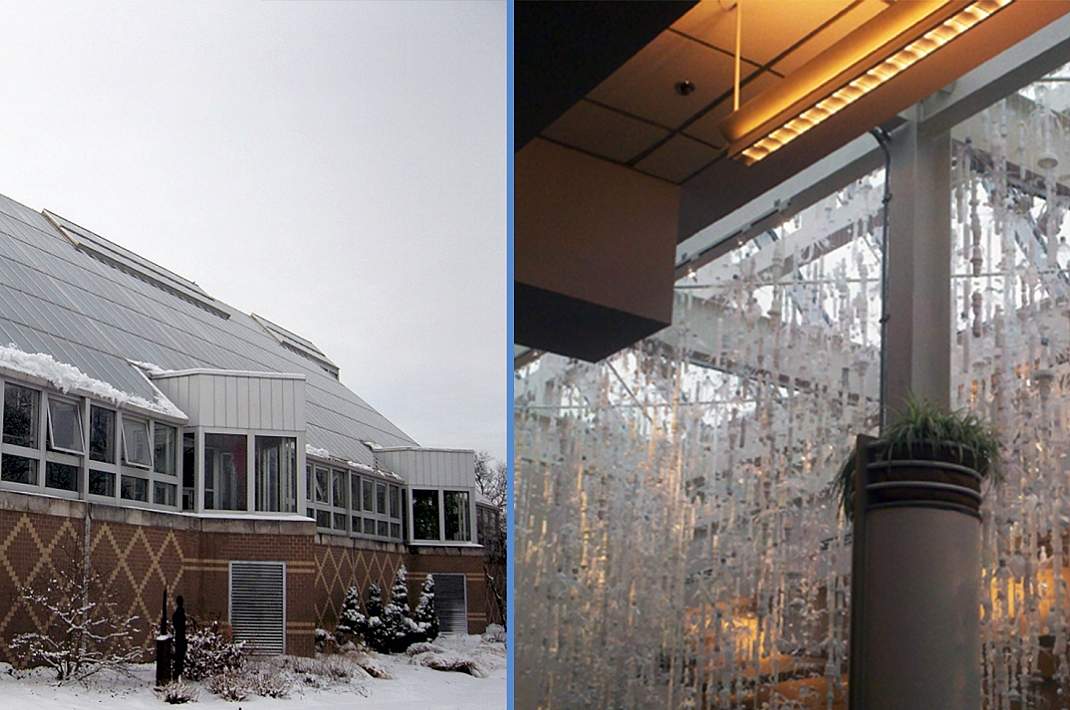 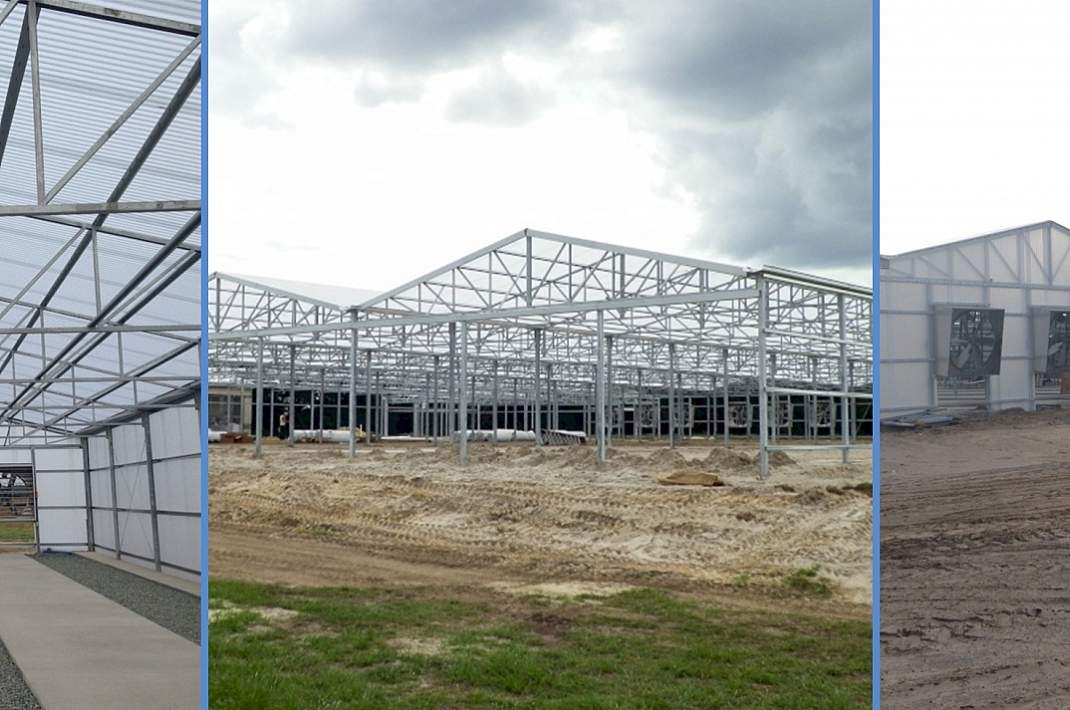 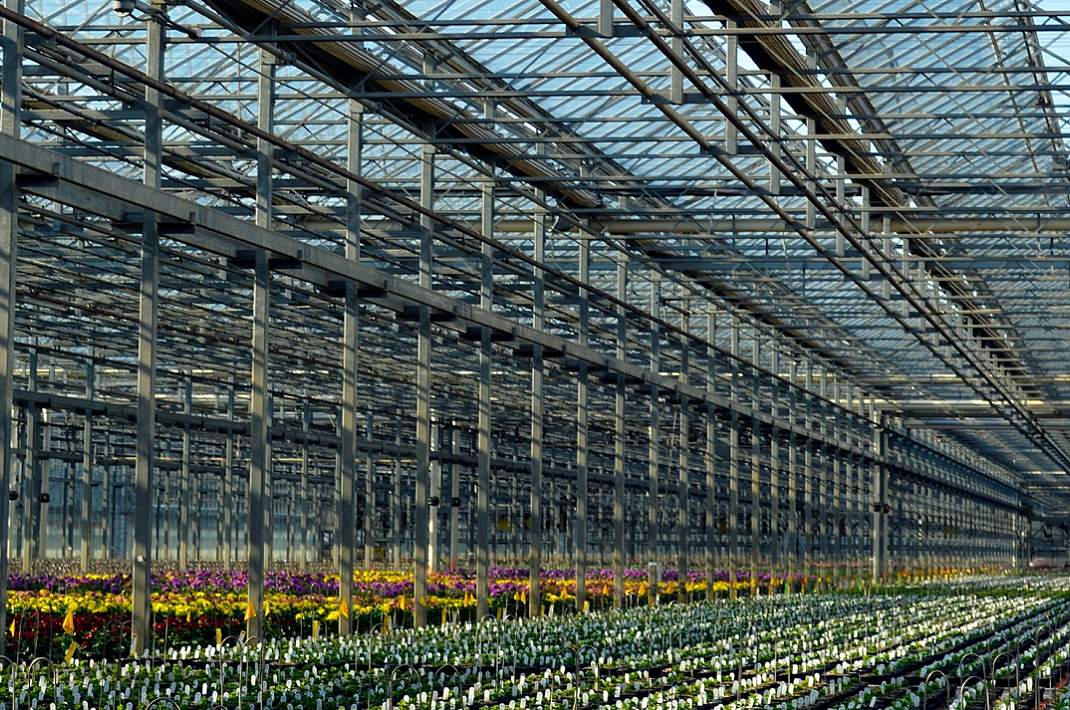 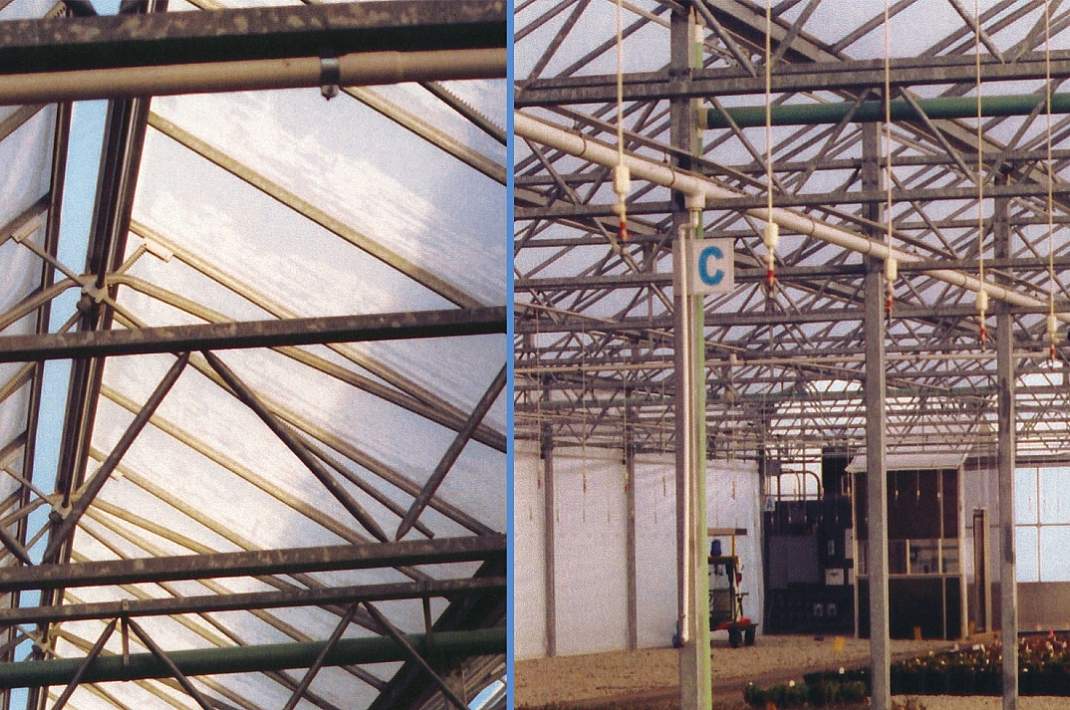