Baltimore residents and visitors would both likely agree the Inner Harbor is the hub of the city. The historic seaport landmark is surrounded by shopping and restaurants and within walking distance of Camden Yards and M&T Bank Stadium. Working along the harbor for years, local sailor and engineer John Kellett was disheartened by the site of garbage floating in the water every day. So, in 2008, he approached the city and offered to take a stab at cleaning up the harbor.

Admittedly this was a daunting task, but Kellett set out with a pilot wheel and quickly learned a couple of valuable lessons. First, he realized he needed to go bigger as the pilot wheel was often unable to pick up larger debris. Second, he learned that with only one dumpster, he had to stop cleaning trash while it was being emptied before he could resume work. However, during the pilot program, a local nonprofit organization, the Waterfront Partnership of Baltimore, noticed a significant reduction to the amount of trash, and thus approached Kellett of Clearwater Mills to form a partnership to produce a larger trash wheel.

In May 2014, the new prototype, Mr. Trash Wheel, was launched as part of Baltimores Healthy Harbor Plan. To say the installation was a success would be an understatement. Mr. Trash Wheel removed 11 tons of refuse in a single day, and by October 20, 2016, had collected one million pounds of trash from the harbor. As you can imagine, this success led to growth of the program and a second (female) trash collector, Professor Trash Wheel was installed at another location along the harbor in 2016.  Together they have collected more than 1.5 million tons of trash, including 9 million cigarette butts, 737,000 styrofoam containers, 728,000 chip bags, 638,000 plastic bottles, 522,000 grocery sacks and much more.

With their googly eyes and Twitter and video feeds, Mr. Trash Wheel and Professor Trash Wheel have become local celebrities. In fact, sight seeing tours now stop at the original wheel to explain how the trash collector works. A local elementary school has even come to the harbor to celebrate Mr. Trash Wheels birthday. And in 2017, construction on two more trash wheels began, the first has been dubbed Captain Water Wheel, after a local naming contest, and both will debut in early 2018.

Needless to say, these trash wheels have a dirty job. Drawing power from solar panels and the current, the waterwheel of the contraption starts to spin, which in turn powers a conveyor belt. Containment booms send the trash onto the belt, which then drops the debris into a connected dumpster. Once the dumpster is full, it is floated out and an empty one is floated into its place while the original is emptied.  The corrosion challenges are plenty constant exposure to the brackish water, abrasion from trash items and debris, and of course it sits outside through sun, rain, and other inclement weather.

When Kellett began designing the trash wheel, he immediately thought hot-dip galvanizing would be the best coating to use. The overall purpose of the wheels is to clean up the harbor, which goes hand-in-hand with sustainability. The sustainability of hot-dip galvanizing including its durability and maintenance-free longevity were vital in Kelletts selection of the coating. As Kellett was not only the designer of the wheels, but also the owner, he wanted to ensure his wheels would be both environmentally friendly and cost effective over the years. The entire structure of the trash collectors including the waterwheel, platforms, and pipe supports are hot-dip galvanized for corrosion protection.  Listen to John Kelletts own assessment of the hot-dip galvanized steel on YouTube at galvanizeit.org/trash-wheel.

The continued notoriety and success of Baltimores collection of trash wheels has led to global interest, as Kellett has done site surveys in Indonesia, Panama City, and Rio de Janeiro, as well as across the US in cities such as Honolulu, Milwaukee, Atlanta, and Denver. Kelletts technology can work in many waterways with slight adjustments and he believes the most efficient way to clean waterways is to collect the trash at the tributaries before it enters larger bodies of water or oceans.

As the family of trash wheels grows in Baltimore and beyond, hot-dip galvanized steel will play an integral role in the cleaning of the worlds waterways. Cleaning trash from the water is a dirty job, but the affordable, durable, and sustainable galvanized coating protecting Captain Trash Wheel and his brethren is up to the task.

The whole structure is made of galvanized steel. The wheel, the platform, and all the pipe supports. 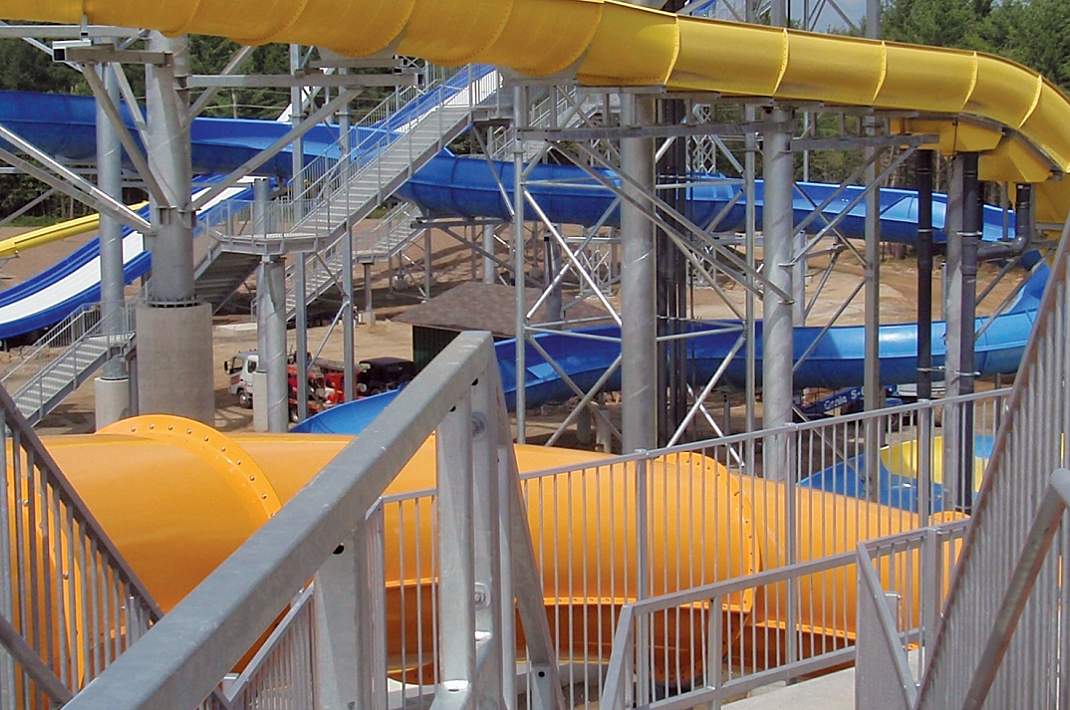 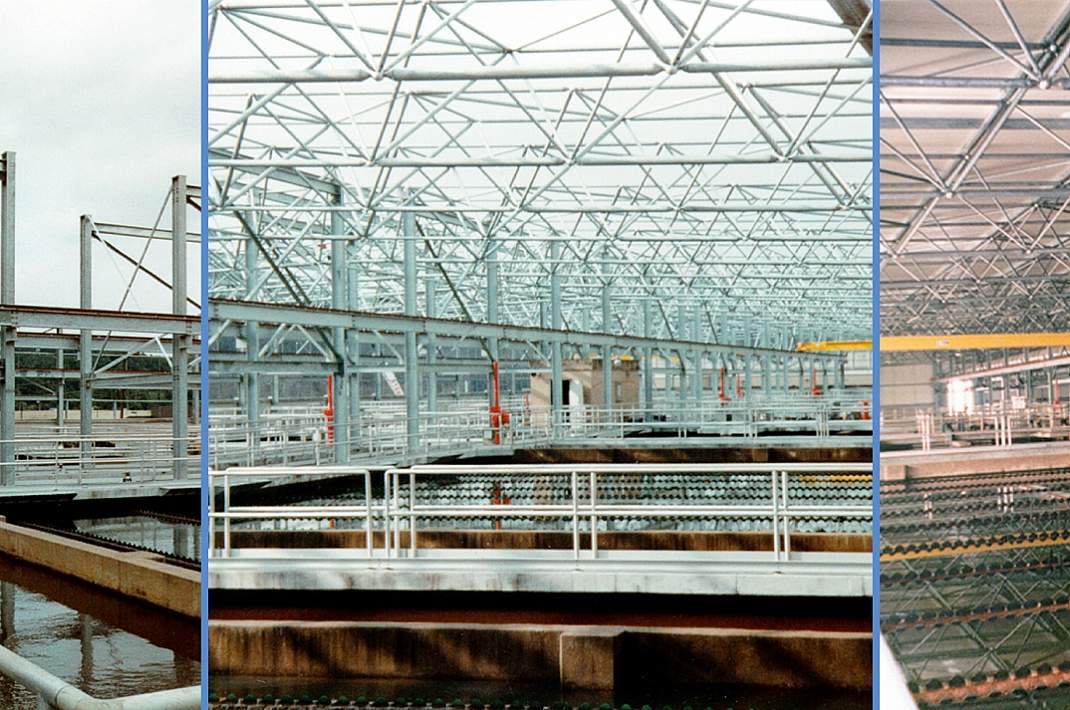 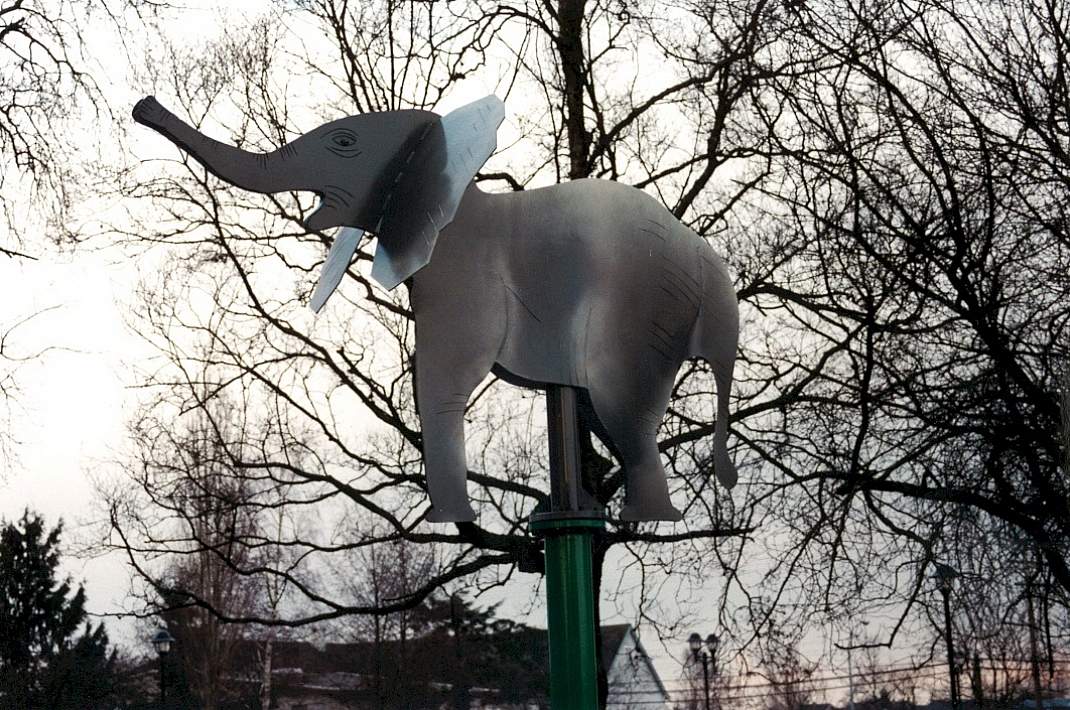