Naphthenic oil refineries are specialized plants that transform crude oil into a product utilized in heavy-duty applications such as transformer oils, grease manufacturing, rubber compounding, hydraulic oils, and gear oils. Demand for naphthenic oil has increased in recent years, and refineries across the country are seeking efficient ways to increase production. Naphthenic is considered a superior type of oil because of its ability to maintain the desired physical attributes of a high-quality lubricant in harsh conditions. It is only fitting the HDG coating for the newly-renovated Cross Refinery shares the same redeeming qualities as its product.

Choosing a HDG coating virtually eliminated any concern regarding maintenance

When Martin Operating Partnership L.P. (Martin) was confronted with the decision of how to protect its Cross Oil Refinery into the future, it looked no further than its liquefied petroleum gas receiving terminal (L.P. Gas Terminal.)  Martin is quite familiar with the benefits of a HDG coating; in fact, its L.P. Gas Receiving Terminal won an Excellence in Hot-Dip Galvanizing Award in 2010 for its contribution to the HDG market for industrial settings.

The Cross Refinery, originally constructed in 1923, is situated in Smackover, a small town in south central Arkansas where manufacturing dominates the local economy. The warm, humid climate and corrosive by-products that exist in an industrial setting necessitate a durable coating for all steel structures. Because of its proven ability to withstand such a harsh environment, HDG was the obvious choice for Martin.

When asked specifically why HDG was chosen over other coating systems, Martin clearly indicated its reasoning. We built the plant to operate it, not to spend valuable time and money unnecessarily maintaining it. Due to the complexity of the facility, namely the valve and oil-transfer systems, coating maintenance is nearly an impossibility. The damage incurred by sand-blasting or water-blasting (necessary for repainting) would render the valves either useless or in need of costly repair.

Additionally, the vast size of the plant and its intricate lattice structure would present a surface preparation nightmare for repainting. To further illustrate the extent of maintenance costs associated with paint, Martin cited the vast preparation and time required to paint a single, vertical pipe section to meet safety requirements. Scaffolding literally engulfed the plant, and operations were halted while the pipe was painted. In addition to the direct cost of painting, overwhelming indirect costs would be incurred due to shutdown time and loss of production if the entire facility were painted. Choosing a HDG coating virtually eliminated any concern regarding maintenance.

All Structural Steel, ladders and platforms, and handrails. 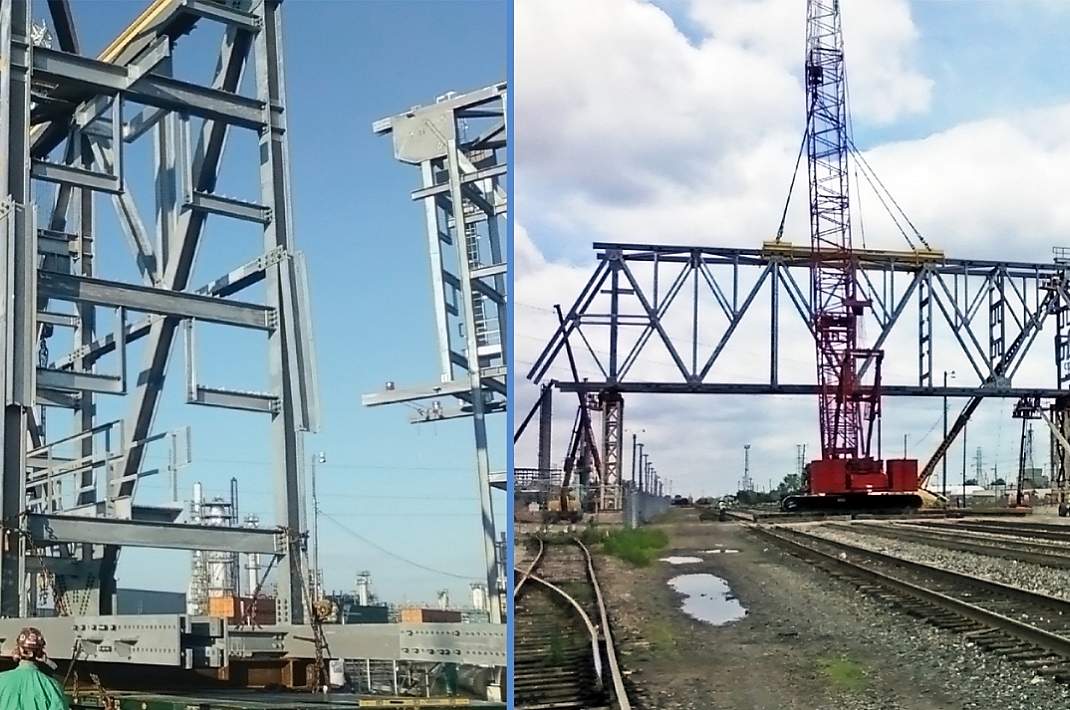 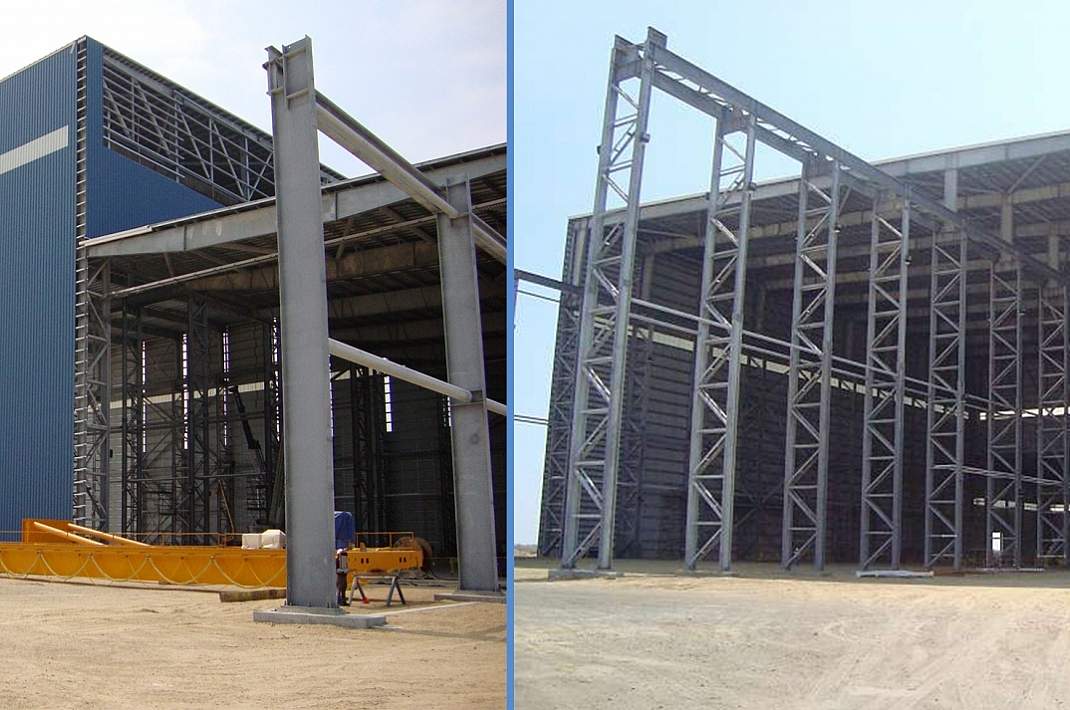 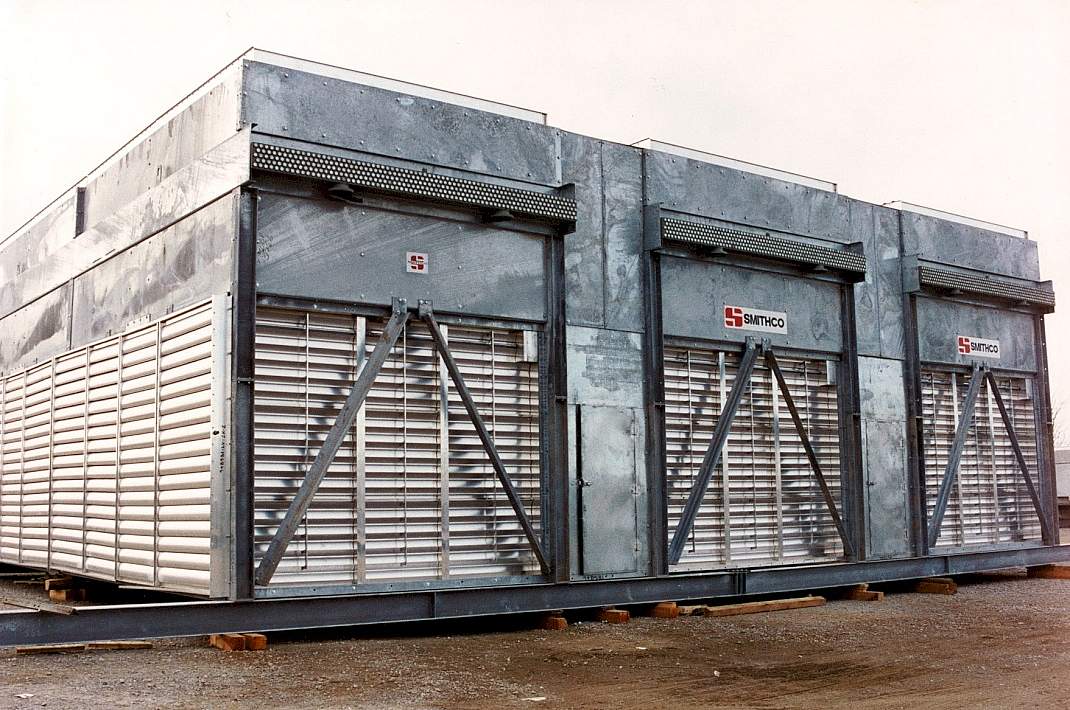 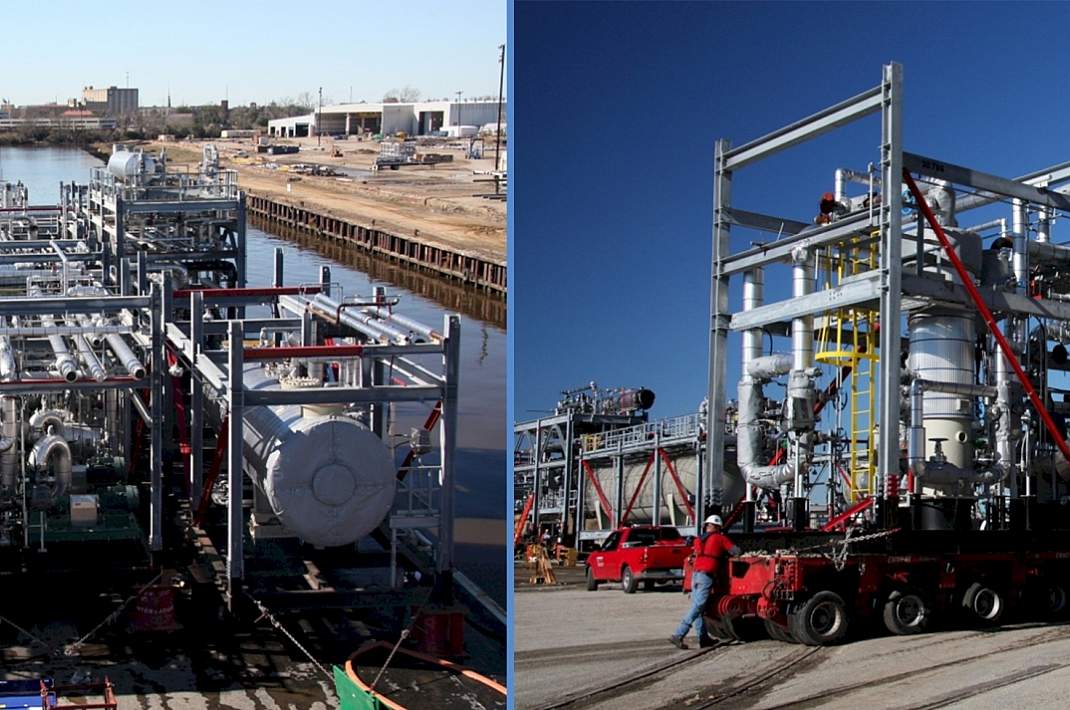