For nearly a century, observers kept watch over the forests of New York, including the Catskill and Adirondack forest preserves, from more than 100 fire towers perched atop the highest peaks, searching for the dangerous telltale signs of forest fires. Observers spent every day in the observer’s cabin at the top of the fire tower, scanning the horizon for "smokes."

These “smokes” were plotted out on maps, calls were made to other tower observers, and the multiple sightings were coordinated to pinpoint the source of the smoke. The observers then called in the exact location to the Forestry Fire Wardens who responded with the man-power needed to extinguish the fires before they grew out of control and into a highly destructive forest fire.

The Venetia/Upper Esopus Fire Tower is a perfect example of not only the historical importance of the fire towers, but also that of a hot-dip galvanized coating.

At its peak, the state of New York maintained 127 fire towers, each with one or more trained observers. At some of the more remote fire towers, there was a nearby cabin for the fire observer to live in for the entire fire season: spring, summer & fall.

Currently there are 54 fire towers still standing in New York State, many of which are open to the public to climb and take in the many views they offer. Most will require a hike and possibly a climb to reach, but all who dare are well rewarded for their efforts. Many of the towers have since been decommissioned and preserved and are being used to educate future generations of their historical importance.

The story of the Venetia Fire Tower begins several decades ago and more than 1,300 miles south on the West Coast of Florida, in the city of Venice. The fire tower and ranger’s cabin sat in a remote area with no other residents except for a few farm houses scattered nearby. Soaring 80-feet above ground, this Aremotor MC-39 model fire tower once served as a Florida Division of Forestry lookout tower for decades until it was decommissioned in the 1970s. The land and the fire tower were sold to a private party, and the tower site is now completely surrounded by residential neighborhoods that have sprung up there since the 1960's.

David Vana, owner of Davana LLC, Fire Tower Restoration, located in Bloomingdale, NY, estimates that the Venetia Fire Tower was first built in the mid 1940’s, maybe 1945. According to Vana, “the state of Florida has very few records of their fire towers, but had 310 of them at one point in time.” Davana LLC, Fire Tower Restoration purchased the tower for $1,000 after seeing an advertisement for it online and immediately set their sights on the Maurice D. Hinchey Catskills Visitor Center located in Mt. Tremper, NY.

What makes this project so unique is that the original Venetia Fire Tower was hot-dip galvanized in the 1940’s and it stood that way until it was disassembled in early 2019. When Davana Fire Tower Restoration first disassembled the Venetia Fire Tower, the pre-existing galvanized coating still looked great and showed minimal signs of corrosion, even after 70+ years of service. Upon completion of the disassembly, the entire structure was sandblasted in order to remove the pre-existing galvanized coating and restore the steel to its original form.

Because of its complex lattice frame design, the Venetia Fire Tower was constructed using more than 500 pieces of smaller, very unique, steel angle iron shapes, as opposed to larger structural shapes. In order to preserve the historical integrity of the original tower, it was imperative that every single piece from the original tower successfully made its way to its final destination at the Catskills Visitor Center.

The decision to specify a new hot-dip galvanized coating was simple. Life cycle cost analysis has proven over and over again that hot-dip galvanized steel provides decades of maintenance free service. The decision to specify galvanizing as opposed to a paint coating, will only serve to bring a greater awareness to the galvanizing industry as a whole. The zinc coating is integral to the overall appearance and aesthetic appeal.

As the galvanized coating ages and weathers naturally over time, it will take on a more uniform matte gray finish that will blend in nicely with the rural surroundings of the Catskills. The final appearance was very important to everyone involved in bringing this fire tower back to life at the Catskills Visitor Center. With the prospect of so many visitors climbing the tower and taking in everything it has to offer, it was necessary that the galvanized coating was smooth and continuous throughout. Since the steel structure and the zinc are both 100% recyclable, the Venetia Fire Tower truly was a sustainable project.

On October 3, 2019, the New York State Department of Environmental Conservation (DEC) officially dedicated and announced the opening of the new Upper Esopus Fire Tower at the Maurice D. Hinchey Catskills Visitor Center. The new addition supports Governor Andrew Cuomo’s Adventure NY initiative to connect more New Yorkers with the outdoors. The Catskills Visitor Center serves as a gateway for outdoor enthusiasts to learn about the Catskills Park's opportunities to enjoy the great outdoors. The center showcases the Catskills' natural resources and recreational opportunities with information about the 700,000-acre park, New York City's one million-acre Catskills/Delaware drinking watershed, and ways to recreate and enjoy these treasured natural resources.

A highlight of the fire tower is a map table with an alidade, a pointer used to determine the compass direction by observers locating wild fires from the cab of the tower. In addition, DEC staff constructed a nature trail around the tower and a kiosk at its base with information about all of the Catskills Fire Towers. In all, the newly hot-dip galvanized structure consisted of nearly 6 tons of galvanized steel.

The Venetia/Upper Esopus Fire Tower is a perfect example of not only the historical importance of the fire towers, but also that of a hot-dip galvanized coating. For all who visit the Catskills Visitor Center, the tower will serve as a constant reminder of the many benefits that a hot-dip galvanized coating has to offer. Now the 55th fire tower standing in the state of New York, the Venetia Fire Tower was truly a sustainable structure that stood the test of time. And now the Upper Esopus Fire Tower is poised to repeat history perched atop the Catskills Mountains.

The entire structure of the fire tower was hot dip galvanized 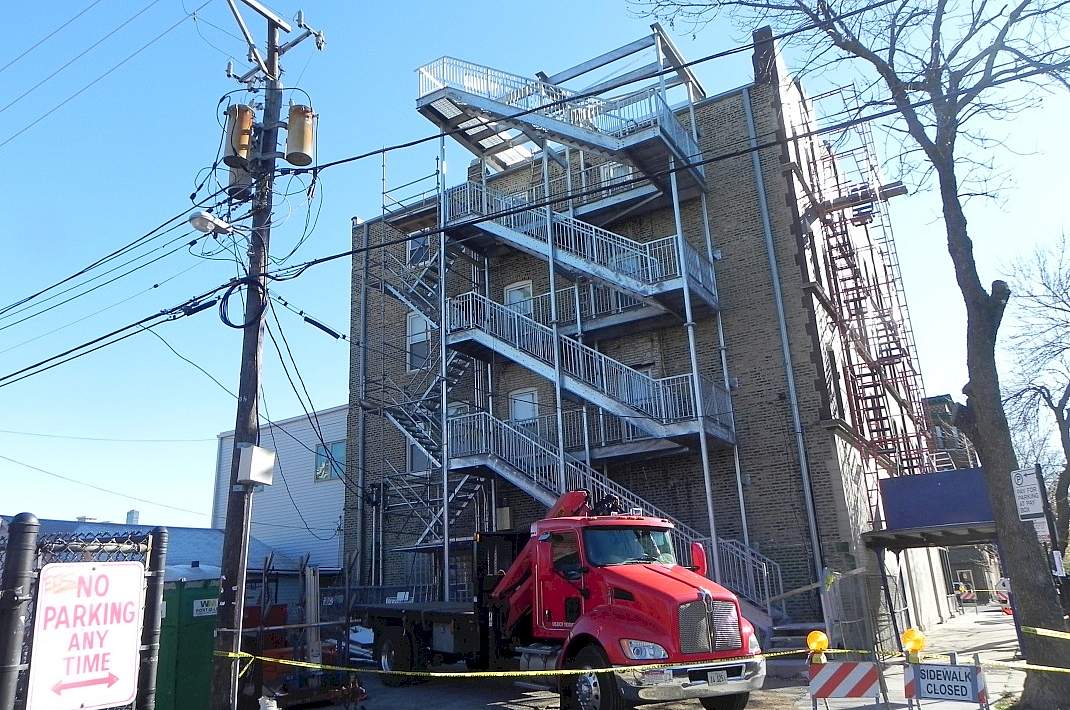 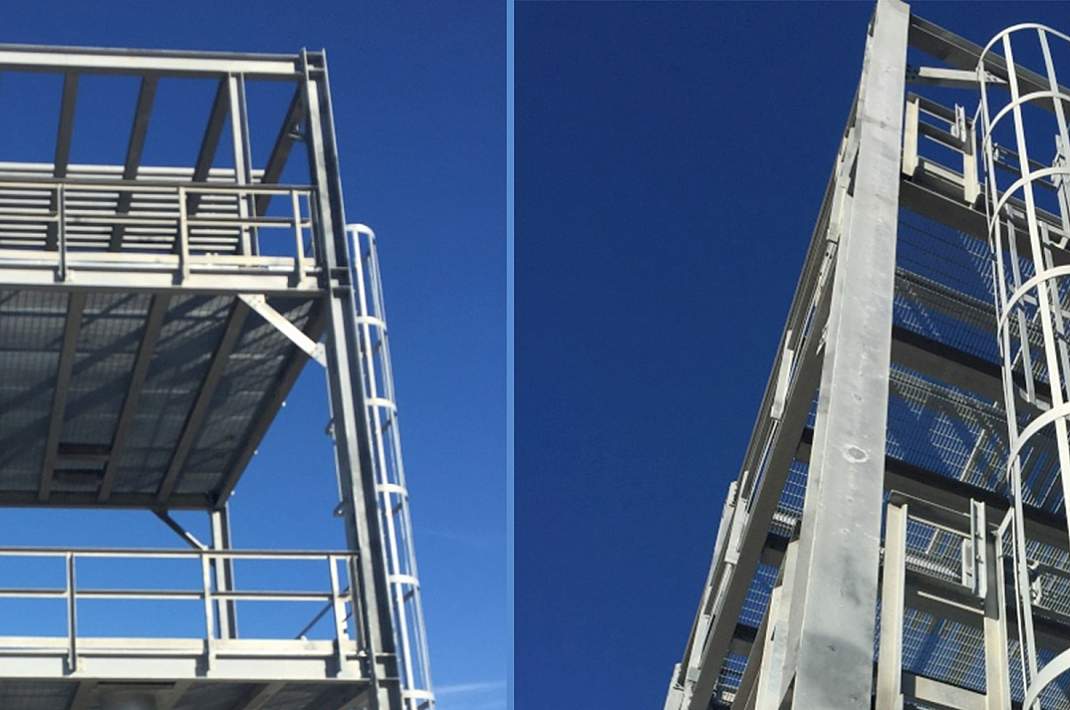 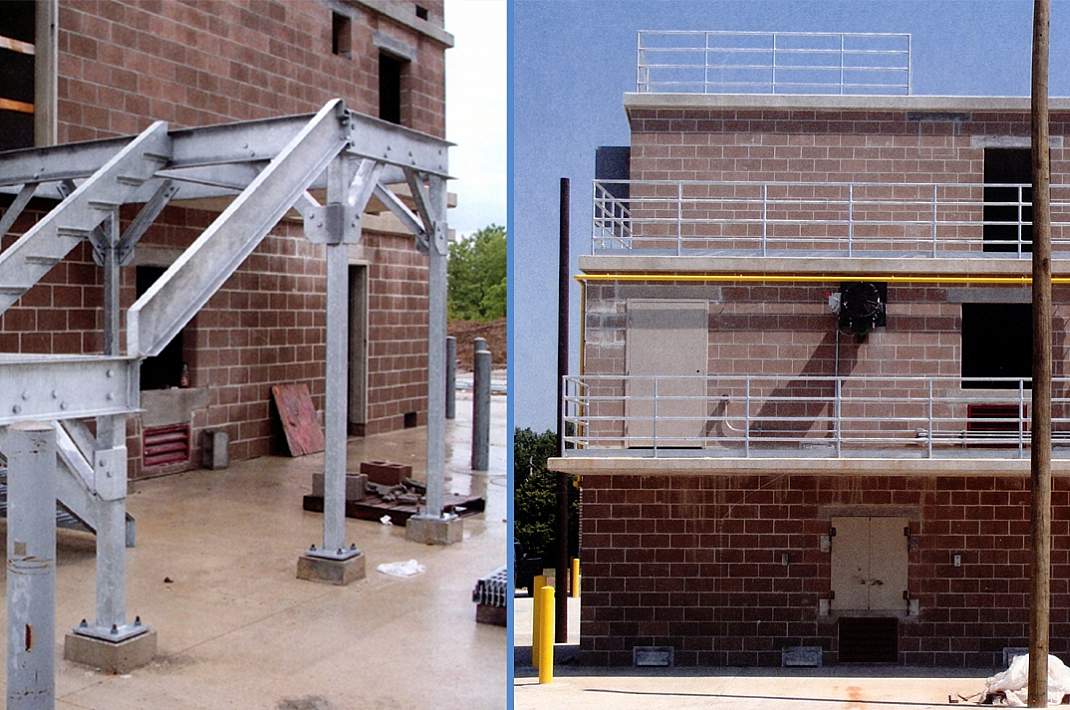 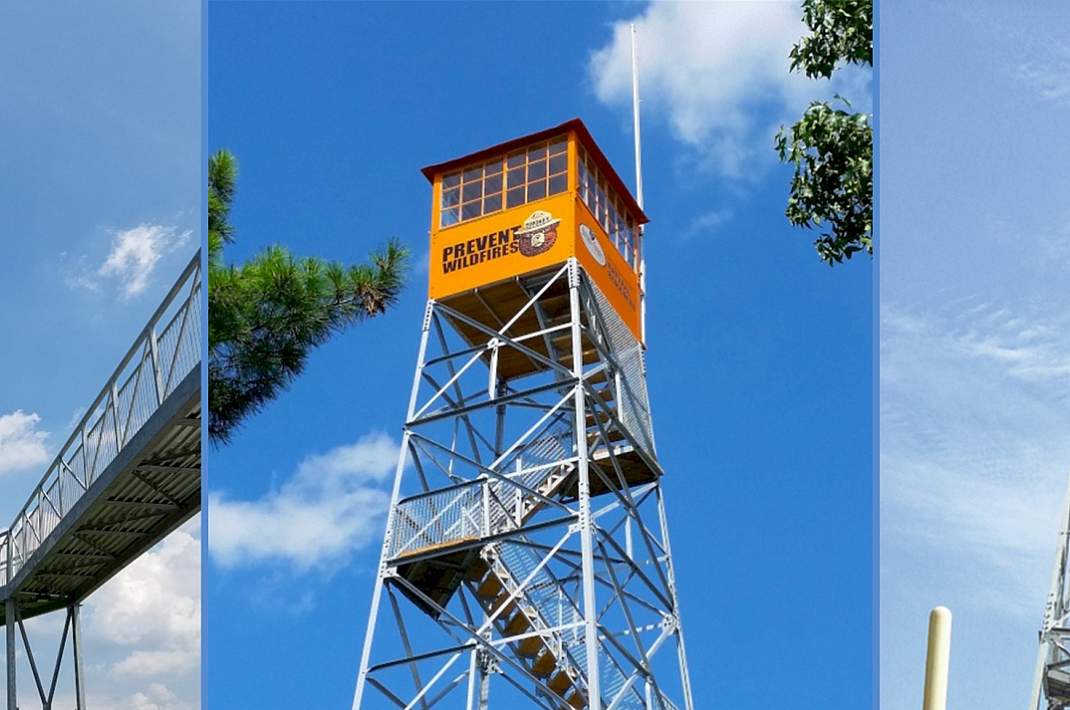