The Mario M. Cuomo Bridge is the largest bridge project in New York state history, and one of the largest design-build projects in the United States. The bridge replaces the Tappan Zee Bridge, spanning over the Hudson River, connecting Tarrytown and Nyack, about 30 miles north of New York City. The 60+ year old bridge had been heavily refurbished in recent years but was still becoming a traffic nightmare while carrying 140,000 vehicles per day. Maintenance and upkeep over the next 20 years were estimated to cost as much as a replacement, thus the solution was to build a new structure.

Developed by Tappan Zee Constructors, LLC (TZC), a consortium of top design, engineering and construction firms including Fluor, American Bridge, Granit, Traylor Bros., HDR, Buckland & Taylor, URS, and GZA, the new 3.1-mile twin span cable stayed bridge was built to have a 100-year design life. Working closely with the New York State Thruway Authority and the State Department of Transportation, the TZC completed the bridge on a strict 32-month schedule and within a $3.98 billion budget. The first span opened in August 2017 and the rest was set to open in 2018.

Once completed, the Governor Mario M. Cuomo Bridge will ease traffic between southern and western New England with eight traffic lanes, four emergency lanes, and state of the art traffic monitoring systems. Furthermore, there will be a lane solely for commuter buses as well as a bicycle and pedestrian path, and thanks to forward thinking the bridge also has the possibility to add mass transit options in the future.

The engineering marvel, which used the unique installation tactic of floating bridge sections down the Hudson on a barge, makes extensive use of hot-dip galvanized steel. Nearly 6,000 precast panels, each 12 feet long and between 22 and 45 feet wide on the approaches, and 973 panels in the main span, as well as 68 300-ton pile caps and 134 12-foot girder assemblies are reinforced with hot-dip galvanized rebar. Furthermore, 43 pairs of concrete piers were built using galvanized reinforcing steel cages.
Beyond the reinforcement, hot-dip galvanized steel was also used in the 700 miles of metal strand stay cables which provide essential support for the bridge. The cables are supported by four 410-foot concrete pylons/towers reinforced with galvanized steel cages, each sitting at a five-degree angle to maintain the tension in the cables to allow for a more open structure. The towers are reinforced by two 650-ton steel crossbeams that also support the road deck.

Furthermore, all undercarriage support structures such as walkways, electrical conduit supports, safety railing, scuppers, and walkway supports were hot-dip galvanized for corrosion protection. Working hand-in-hand with Gerdau, CMC, and Harris Rebar, New Jersey Galvanizing produced 42,000 tons of hot-dip galvanized reinforcing steel for the bridge. The New York State Thruway Authority, renowned for its safety and reliability, played a vital role in the decision to hot-dip galvanize the rebar. The NYSTA has used galvanized rebar extensively throughout its network of roadways, but when the specification required the bridge have a 100-year design life, they considered using stainless steel rebar in the bridge. However, after a presentation with the American Galvanizers Association, the TZC and NYSTA agreed galvanized rebar could achieve the desired lifespan at a considerable cost savings.

Hot-dip galvanizing will protect the reinforcing steel from corrosion, which was of significant concern due to the bridges proximity to water. Galvanized rebar has a high chloride threshold, delaying corrosion of the rebar and thwarting pressure build up that often leads to spalling when the rebar begins to corrode. In total, more than 59,000 tons of hot-dip galvanized rebar was used in the development of the Governor Mario M. Cuomo Bridge. Needless to say, the galvanized rebar plays a crucial role in the overall strength of the bridge as well as ensuring the 100-year design life for this spectacular structure. 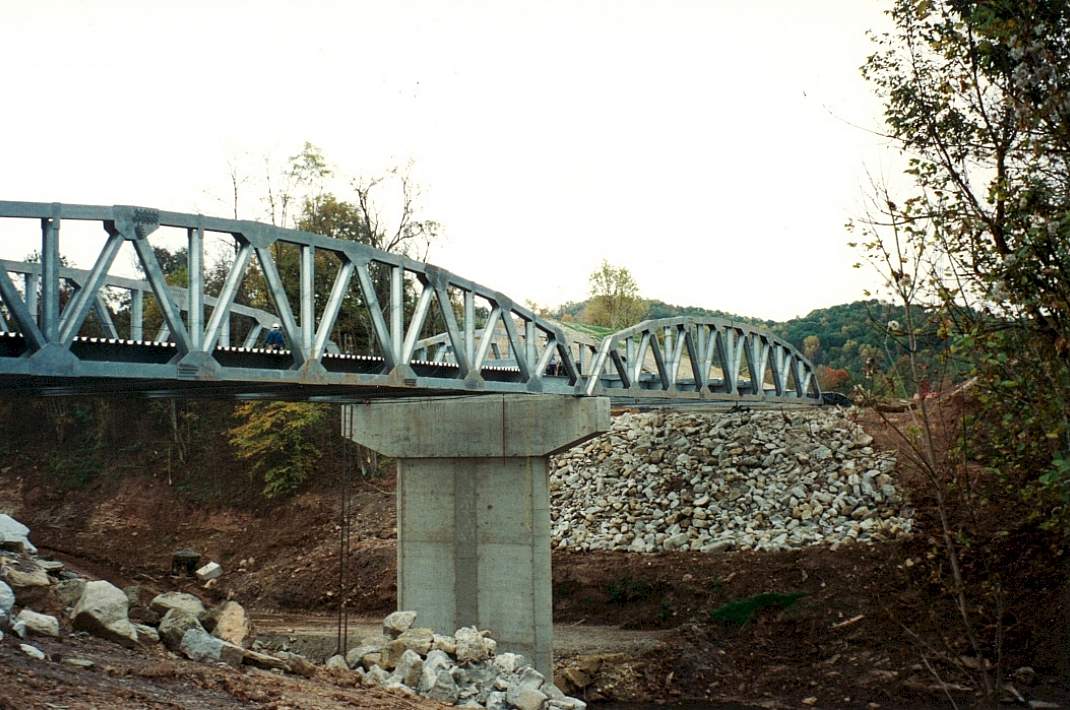 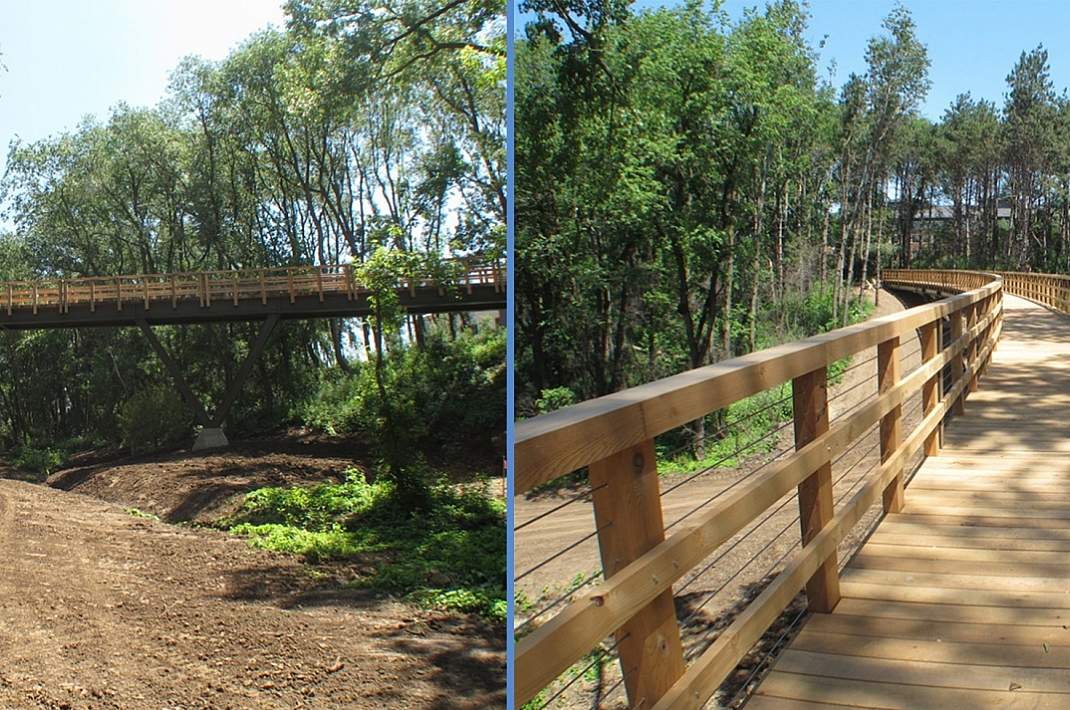 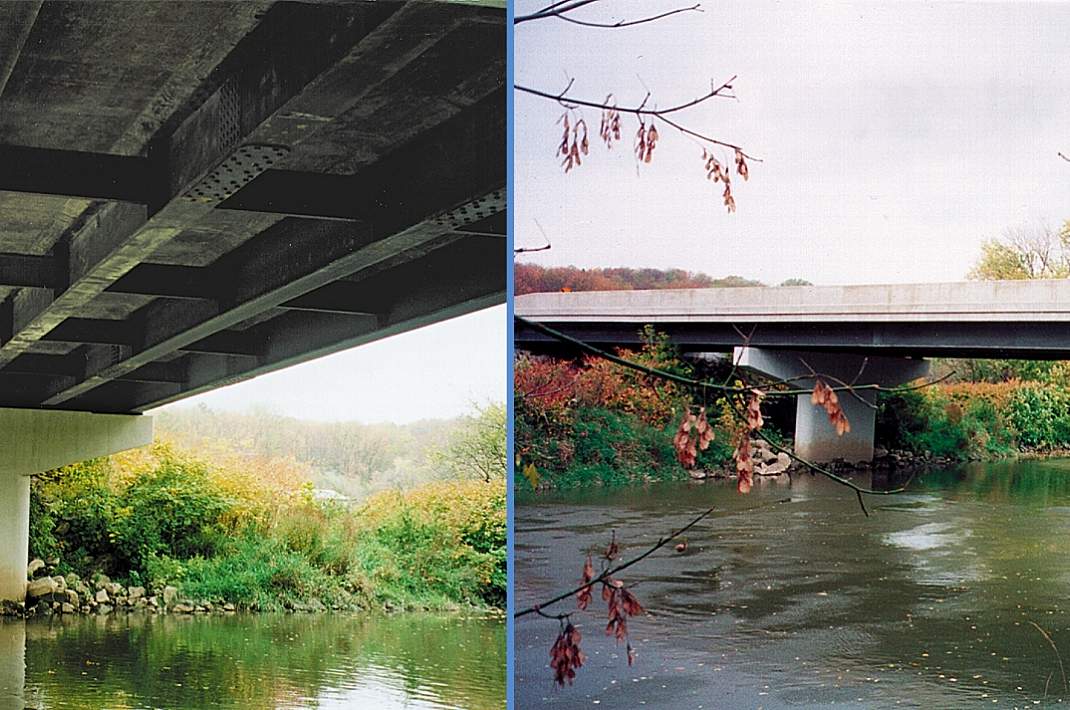