The Roi-Namur Fuel Pier plays an integral role at the U.S. Army Kwajalein Atoll/Ronald Reagan Ballistic Missile Defense Test Site Facilities located in the Republic of the Marshall Islands. Constructed in the early 1960s, the fuel pier originally had a 15-ton truckload capacity. Subject to the harsh marine environment of the atoll, over the years, the original steel pier suffered significant deterioration and its operational capacity was eventually downgraded to allow only foot traffic.  Since the late 1990s, the pier could only be used to berth vessels along its west side with all off-loading of fuel and supplies occurring across the head-end of vessels (typically landing craft and barges) at an adjoining steel sheet pile bulkhead.

Exemplifying the severity of the marine environment, bicycles, which are the primary mode of transportation on these small islands, typically last one year or less because the salt spray and marine environment attack them.

The piers rehabilitation design and subsequent construction posed many challenges, not the least of which was its remote location in the West Central Pacific Ocean.  In light of the very remote location and associated difficulties in maintaining facilities, one of the most important requirements of this project, as stipulated by the United States government, was the resulting final product a fuel/supply pier have a minimum of a 75-year service life.  The marine environment for all the islands in the Kwajalein Atoll in the Marshall Islands is extremely severe, with unprotected steel becoming heavily corroded in no time, and coated steel requiring frequent maintenance and recoating to ward off corrosion.  Exemplifying the severity of the marine environment, bicycles, which are the primary mode of transportation on these small islands, typically last one year or less because the salt spray and marine environment attack them.

Galvanized steel construction for the pier superstructure, which was to sit just above the water and be continually subjected to waves and salt spray from the Pacific Ocean, was deemed the appropriate means of achieving the required service life. Galvanizing would also eliminate the future maintenance issues that any other coating system on the steel would pose. Furthermore, the ability to have the steel galvanized in a controlled environment and then shipped to the site, rather than having the steel coated by other means on-site by local labor, was an important factor in the selection of galvanizing for the steel.

Due to the nature of the available funding and the desire to achieve sustainable goals, all acceptable existing construction was to be reused.  However, based on a thorough inspection of the Roi-Namur fuel pier, as well as a very detailed rehabilitation feasibility study that followed, it was determined that very little existing construction could be justifiably reused.  All of the steel piling was found to have stood the test of time and retained sufficient integrity, so the rehabilitation plan was to use the existing piling and rebuild from the foundation provided by them and the seabed.

In order to accomplish this, the idea was to slip appropriately sized pipe piles over the piles and down into the seabed. This would serve not only to protect the piles over the long haul, but also serve to transition the above grade, now composite, pile construction down to the original piles founded deep in the seabed. The pipes would then be cut off at the appropriate elevation and filled with concrete to further protect and fortify the rehabilitated base of the new pier superstructure. As one last level of long-term protection for the piers piling system, the pipe piles were coated with a coal tar epoxy.

Reusing the piling created additional constraints and challenges to the project. Furthermore, because of the inherent difficulties of on-site fabrication, the goal was to make optimum use of prefabricated elements to enhance constructability. The concept was to design the structure with a building blocks mentality to facilitate the potential construction by the U.S. Navy Seabees. To help accomplish this, there was the specific requirement that the entire galvanized system be fully assembled in the plant before shipment on a mock-up of the in-place piling arrangement to ensure a proper fit could be achieved on the island. The superstructure beams were also to have shear studs installed before shipping with the studs properly positioned for pockets in the deck panels that would later be grouted to promote composite action for the concrete deck and steel superstructure system.

Although the inspection for the rehabilitation study took great pains in locating the as-built positions of the plumb and battered piles of the original fuel pier, there was the unavoidable reality that exact positions could not be counted on when laying out the new steel superstructure for the pier. The required size24-inch diameterand the concrete fill of the pipe piles, however, afforded sizable seats on which to allow the drilling and setting of anchor bolts at the required location once the overall superstructure system was best positioned as a whole. Furthermore, the steel superstructure was designed with slotted holes at all of the cap beam and stringer connections to afford some additional leeway in adjusting support locations to best fit the pile locations that had to be worked with.

The ultimate goal of the design was to improve the facilitys configuration and increase capacity to better serve the mission and the operations of the Missile Defense Command.  The team came up with a number of innovative design considerations including specially formulated, high-strength, galvanized, reinforced, precast concrete deck and galvanized structural steel superstructure construction with a forgiving system of connections to best adapt to the arrangement of the existing piling being retained.  Hot-dip galvanizing was the coating of choice as it would afford the minimum 75-year service life, eliminate the future maintenance issues other coating systems would pose, and would have minimal environmental impact. 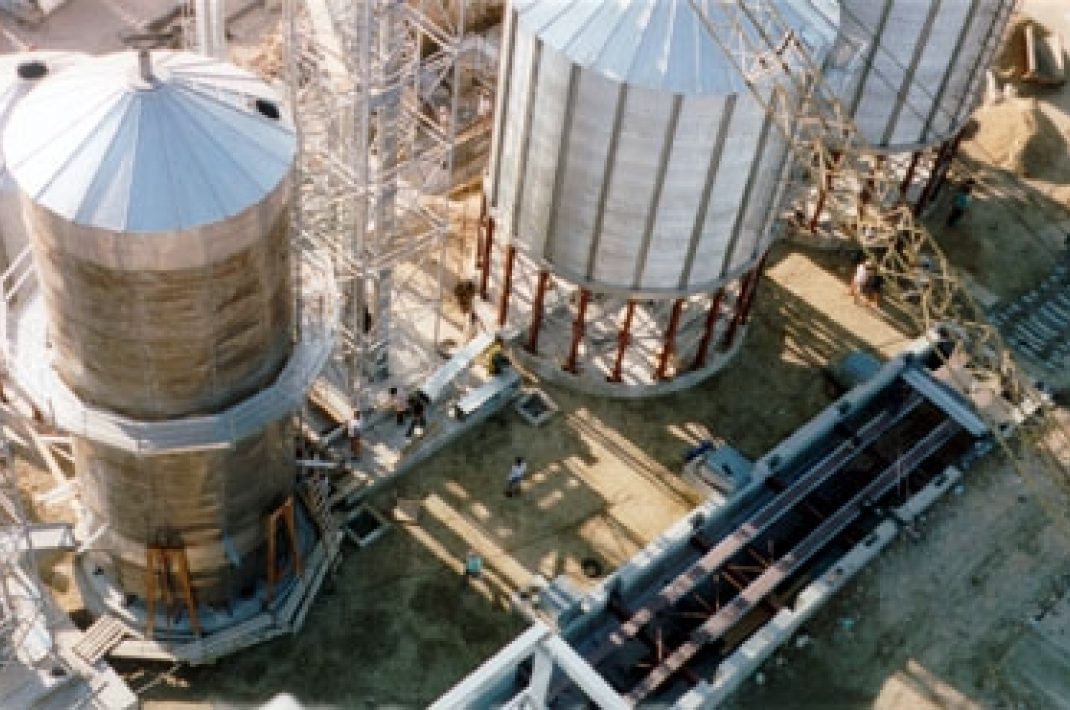 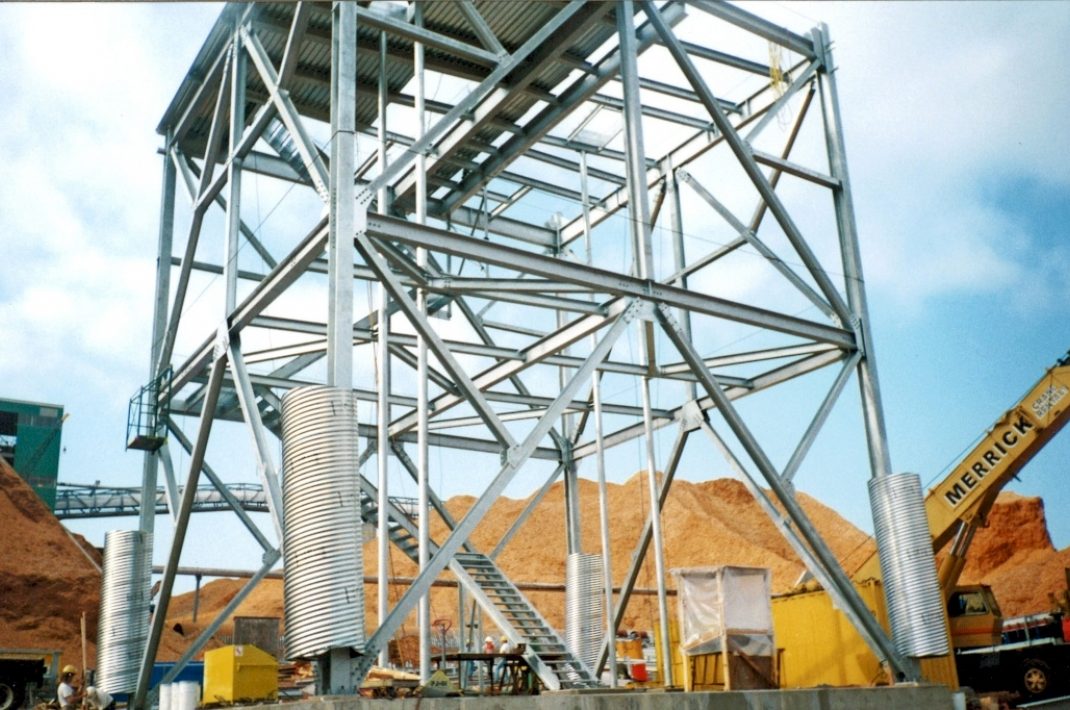 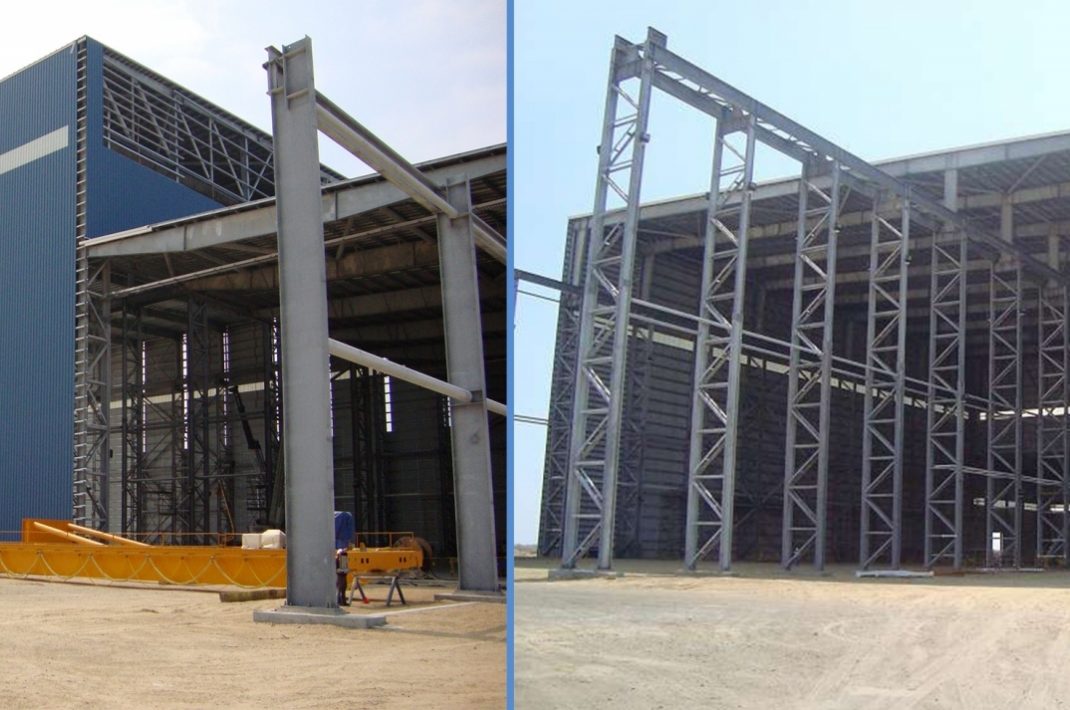 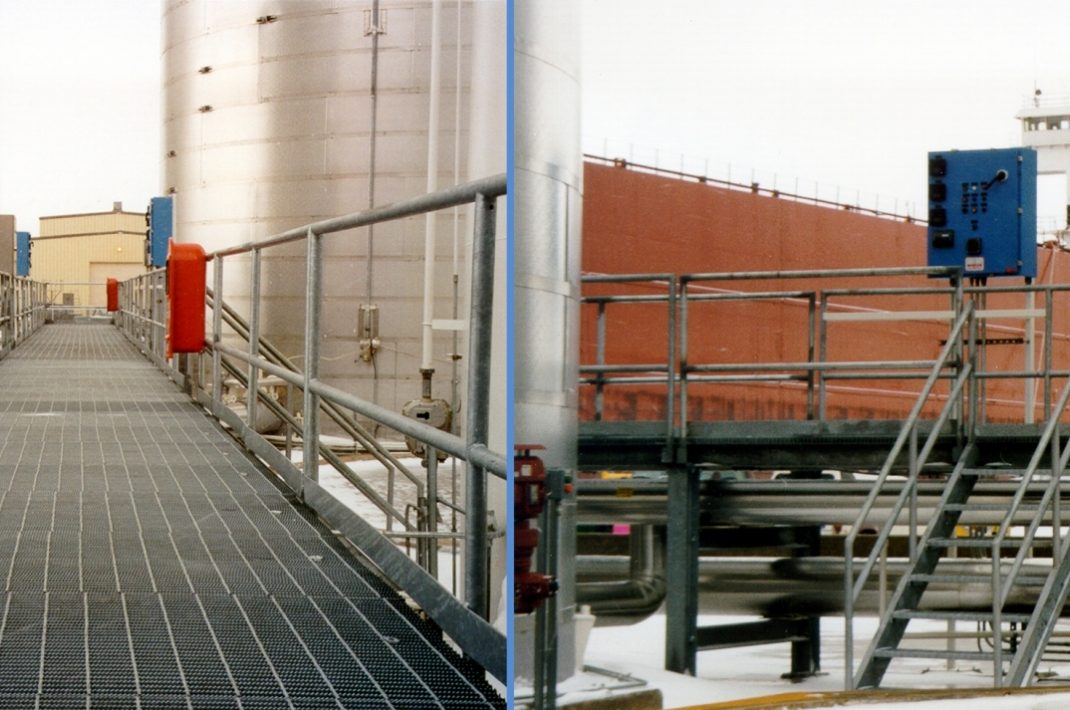 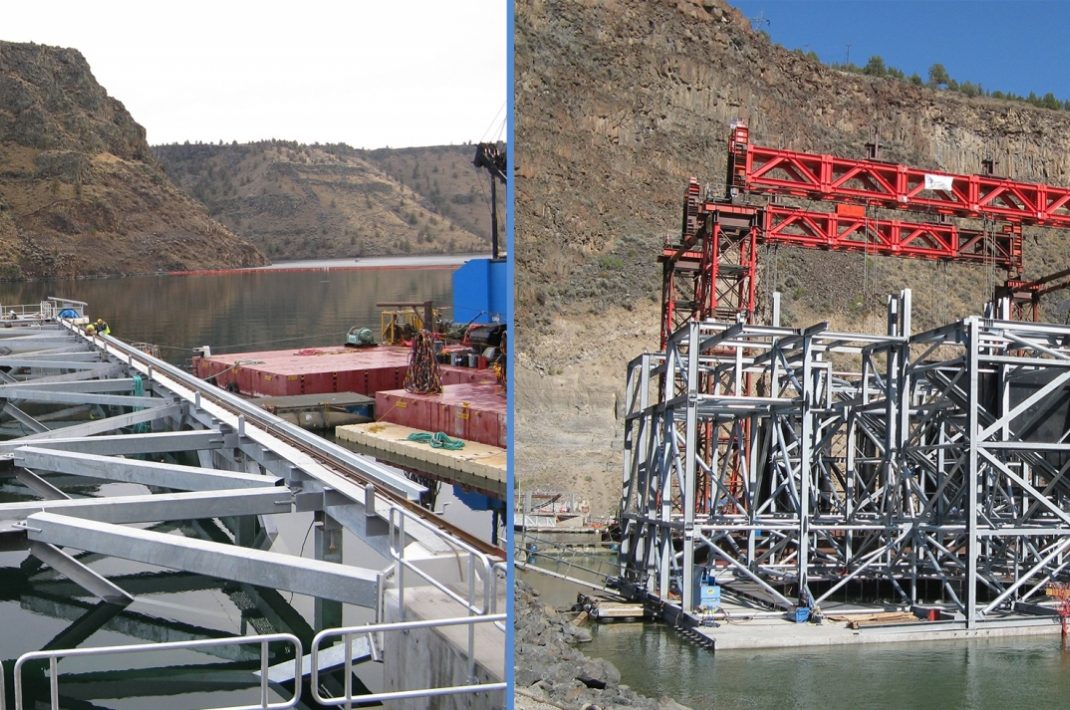 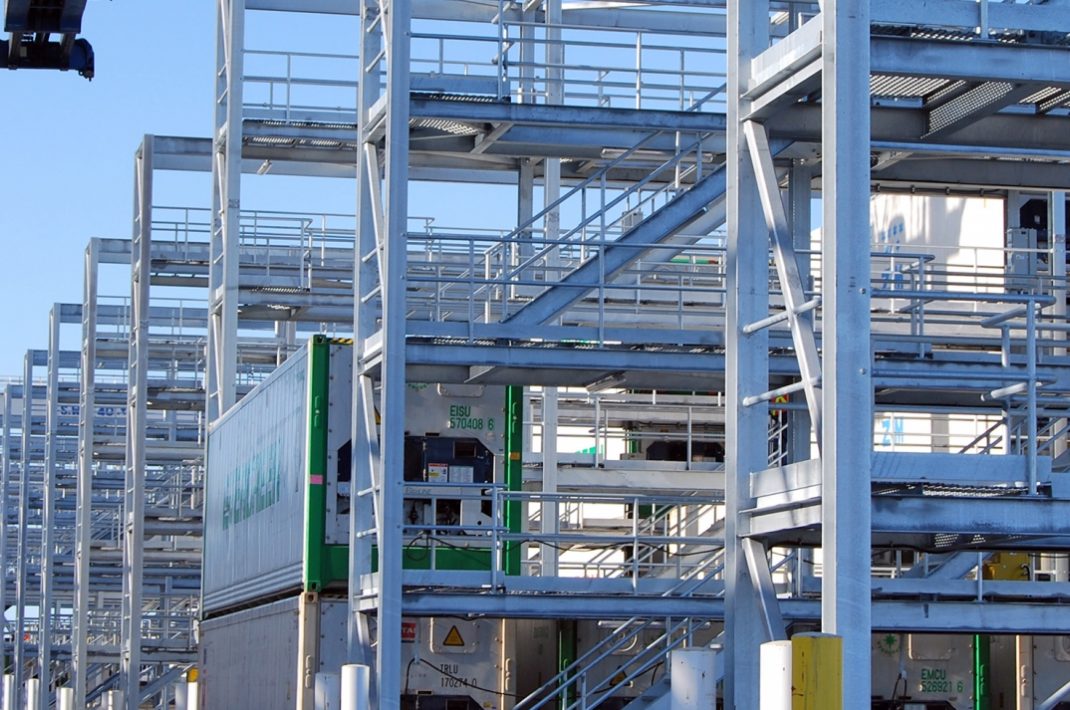