The Capital Region River Valley Park is North Americas largest urban park, with a total area of more than 18,000 acres.  The park system connects over 88 kilometers of the North Saskatchewan River Valley from Devon to Fort Saskatchewan.  The Terwillegar Park Foot Bridge, which extends approximately 300m in length, is one of the steps taken in creating a world-class connected river valley park system and increasing access throughout.

Hot-dip galvanizing was the preferred coating to ensure pieces would blend naturally with its surroundings.

This three-span bridge is the longest and first multi-span stressed-ribbon bridge in Canada, and the second longest in the world. The vision of the city of Edmonton was to deliver a project that complimented the river valleys natural setting and provided a unique sensation of floating on water, all while creating minimal impact to the surrounding environment. They wanted a simple and elegant design that could be constructed offsite to ensure minimal disturbance to the current natural environment, as an historical aboriginal site that needed to remain undisturbed was located within the boundaries of the project.

Two major risk factors were identified when the City of Edmonton chose its design.  Those were life-cycle cost and construction schedule expectations. After evaluating four design options, the stressed-ribbon bridge with galvanized handrail and architectural features had the highest score and the lowest initial and life-cycle cost, while still adhering to strict construction schedules.

Hot-dip galvanizing was the preferred coating to ensure pieces would blend naturally with its surroundings while addressing both major risk factors identified. The durability of hot-dip galvanizing also played heavily into the choice because of the erection required off-site before installation, which the HDG coatings can survive with little to no damage.

Approximately 600m of galvanized architectural handrail is composed of 240 panels designed as an anti-climb, multi-level handrail.  The handrail panel connection was a slip connection to accommodate an estimated vertical movement of 800mm throughout Alberta's extreme temperature ranges.

These panels also served as a cover for the hidden light fixtures throughout, where minimal tolerances were needed to ensure the lights remained in place. Because of this design, extra attention to detail was essential to ensure all female connections would fit back into their male counterparts after galvanizing. The multiple levels of handrail supports were finished to both the City of Edmontons and galvanizer's expectations, and the minimal tolerances for the light fixtures were achieved.

The four architectural canopies providing shelter over the lookouts were also a challenge. The City of Edmonton wanted a structure fabricated in one piece as it was to represent the flow of the North Saskatchewan River. However, the galvanizers tank could not accommodate the size of the piece, so an alternate design had to be utilized to ensure the structure could be galvanized with minimal connections. After some creative engineering and experimental handling on the galvanizer's end, the piece was supplied in three sections that were welded then metallized on site to create the illusion it was fabricated as one complete structure.

The vision for the river valley is to preserve, protect and enhance in order to create one of the largest park systems for year-round accessibility aswell as the enjoyment of its citizens and visitors. Galvanizing this project has allowed for maintenance free, low-budget construction that will last a lifetime. With the high-profile nature of this job, nothing less than the best was accepted.

The handrail and architectural canopies covering the viewing platforms 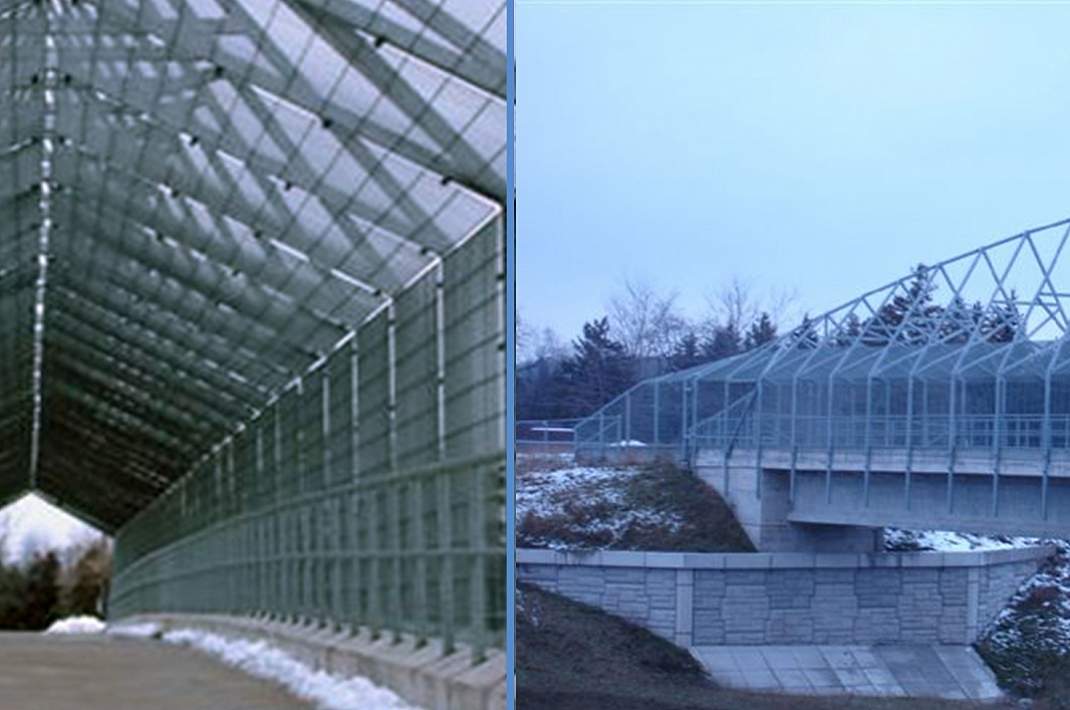 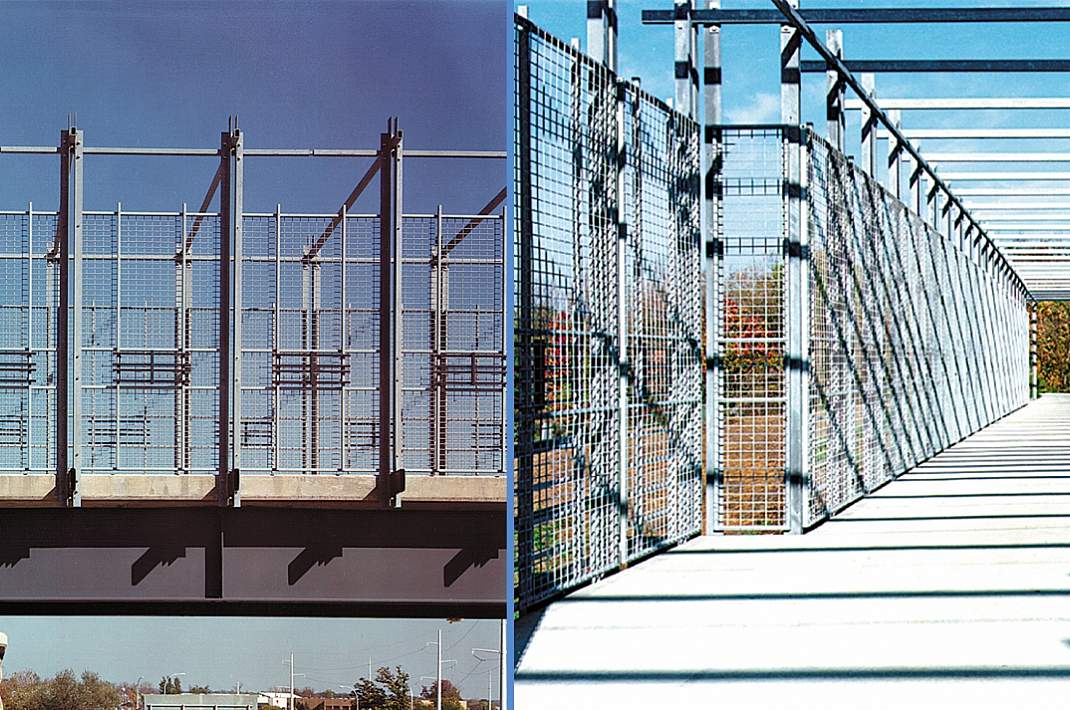 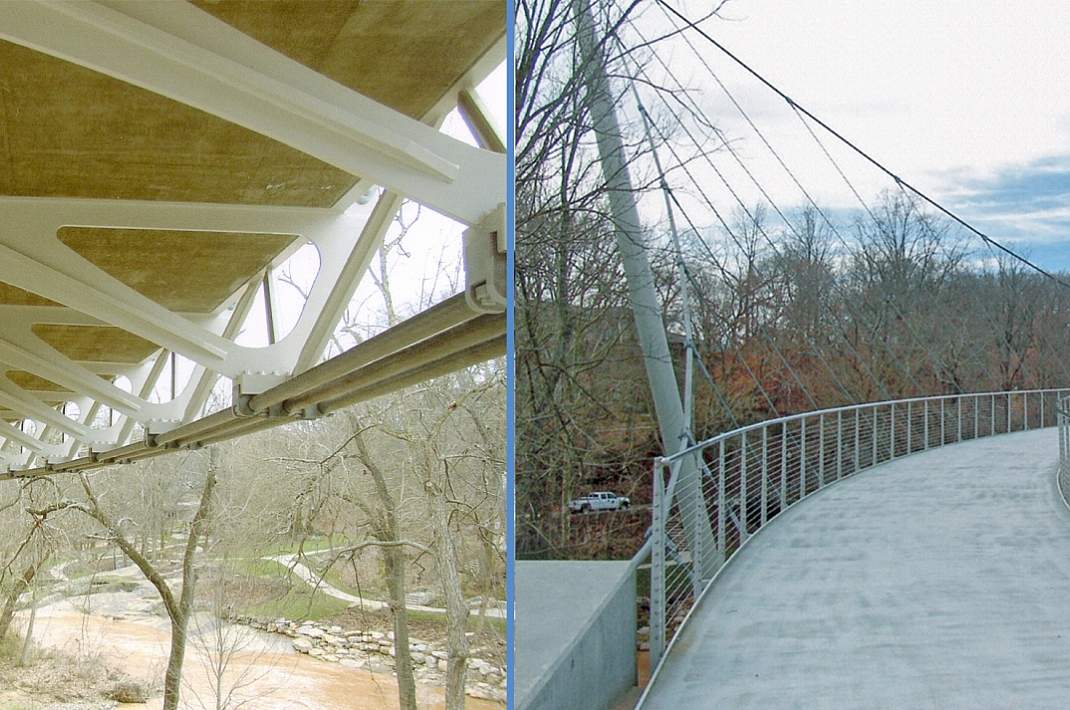 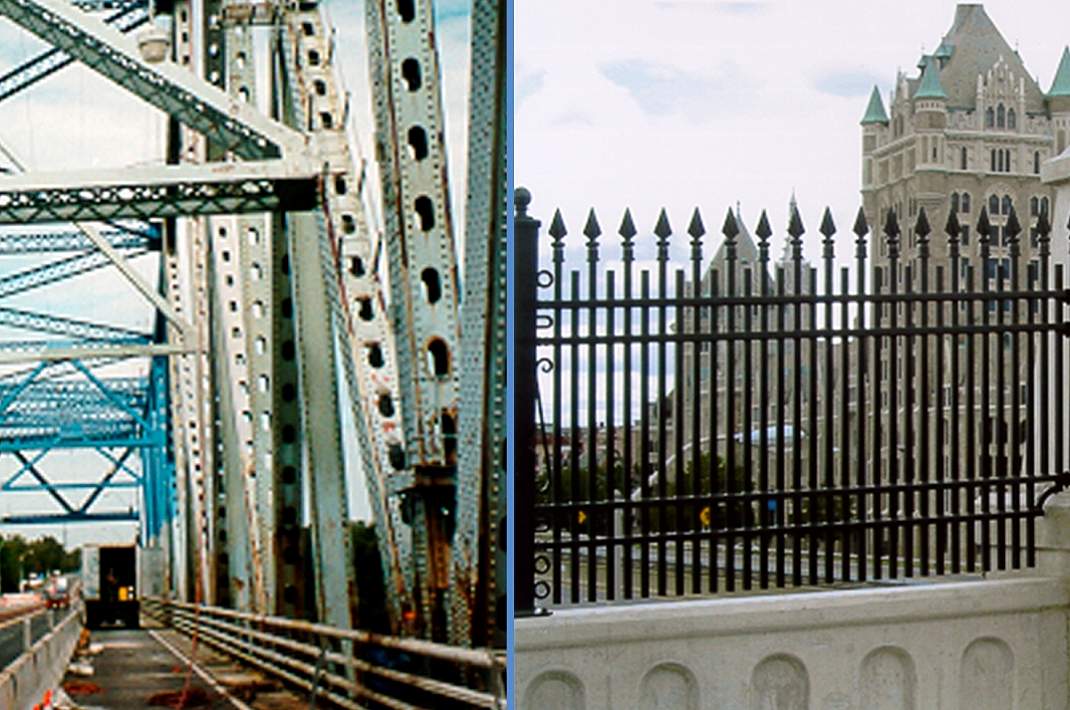