Deschaillons is a place you’ve likely never heard of, never mind visited, but this small farming community in French Canada on the shores of the mighty Saint Lawrence River is home to the world’s first fully galvanized bridge. The story of the bridge is divided into two tales, first, could it be built, and second, if so, would it last?

Amazingly, the zinc coating thicknesses still meets specification for new coatings, and there has been zero corrosion driven maintenance performed.

The provincial DOT, Ministere des Transports Quebec (MTQ) is charged with the creation and maintenance of road networks. In the 1950’s the MTQ, like countless other agencies around the world, was struggling with the demands of higher speed and modern traffic. Snowfall was no longer accepted as a deterrent to road travel, so the spreading of de-icing salts became more widespread and intense in developed nations. This was a great step forward for all season mobility, but it created a huge corrosion problem for the highway infrastructure (not to mention for cars). DOTs everywhere were seeing accelerating levels of corrosion of all structures, triggering major safety and economic challenges.

The MTQ was aware of the durability of hot-dip galvanized transmission towers that dotted the hydroelectric grid of Quebec. But, they questioned the viability of bringing hot-dip galvanizing to a bridge. First and foremost, was it affordable? Second, what about the potential design challenges such as deformation, small bath dimensions, embrittlement risks, acid entrapment of mated surfaces, and slip resistance of bolted surfaces. Despite all these concerns the corrosion explosion from road salt drove them forward.

In 1961, things began to fall into place when a new galvanizing plant opened with bath dimensions to galvanize reasonable sized bridge structure components. Tests done in connection with the local utility alleviated embrittlement concerns, so the green light was given to build a series of three rural hot-dip galvanized bridges.

This first bridge, known as Pont (Bridge) Lizotte crossed the deep 200-foot span of the Chêne River with a triple arch design. The bridge used 350 tons of steel and cost $320,000 to build. The additional cost for hot-dip galvanizing – including added costs to design and fabricate smaller sections – was $11,000, or three percent of the project cost. All steel components were hot-dip galvanized including the main structure, bridge rails, rebar, bolts, and signage.

To say the $11,000 was a wise investment is quite the understatement. Despite being in one of the harshest climates imaginable for a bridge, (de-icing chemicals and abrasives are spread over half of the year in this damp northern climate), we now have almost 60 years of hindsight and Lizotte Bridge is still in service. Amazingly, the zinc coating thickness still meets specification for new coatings, and there has been zero corrosion driven maintenance performed. The bridge rail was replaced in the 80s due to changes in rail design safety standards, but no corrosion was present at the time. And core samples drilled into the rebar of the footings in 2018 show the full zinc coating still present.

The case for hot-dip galvanizing bridges is now even more compelling than six decades ago, modern plants with large baths eliminate the need for redesign. State-of-the-art galvanizing plants provide efficiencies keeping the cost of galvanizing fairly steady compared to paint costs which have exploded due to environmental mandates. So today, hot-dip galvanizing is often more economical than paint systems in upfront costs as well as life-cycle costs.

So, after 58 harsh Canadian winters of salt and grit and heavy traffic, Lizotte Bridge is still earning its keep, maintenance free and with decades of service ahead. Lizotte laid the path forward, and heavy promotion by Canadian zinc companies led to the first galvanized bridge in the US in 1966. Thousands more have followed worldwide, thanks to the MTQ’s best $11,000 ever invested!

So, after 58 harsh Canadian winters of salt and grit and 58 years of heavy traffic Lizotte Bridge is still earning its keep, maintenance free and with decades of service ahead. “Easily the best decision of my career.” Émile Laurence, senior MTQ engineer responsible for the decision to use Hot-Dip on this bridge 60 years ago. 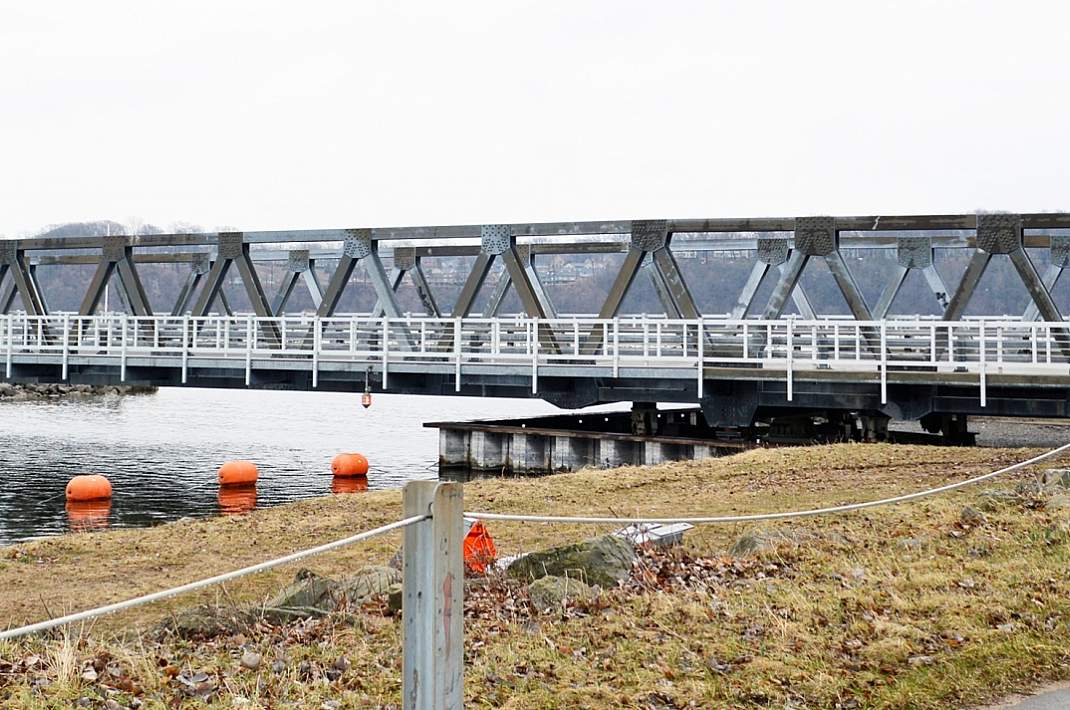 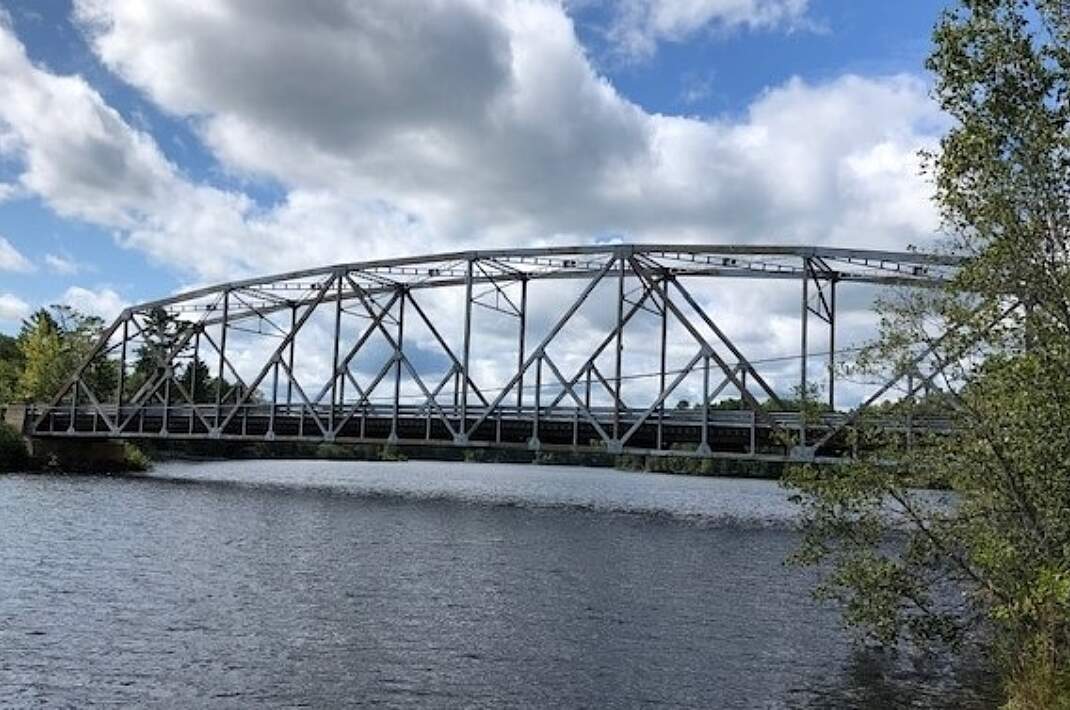 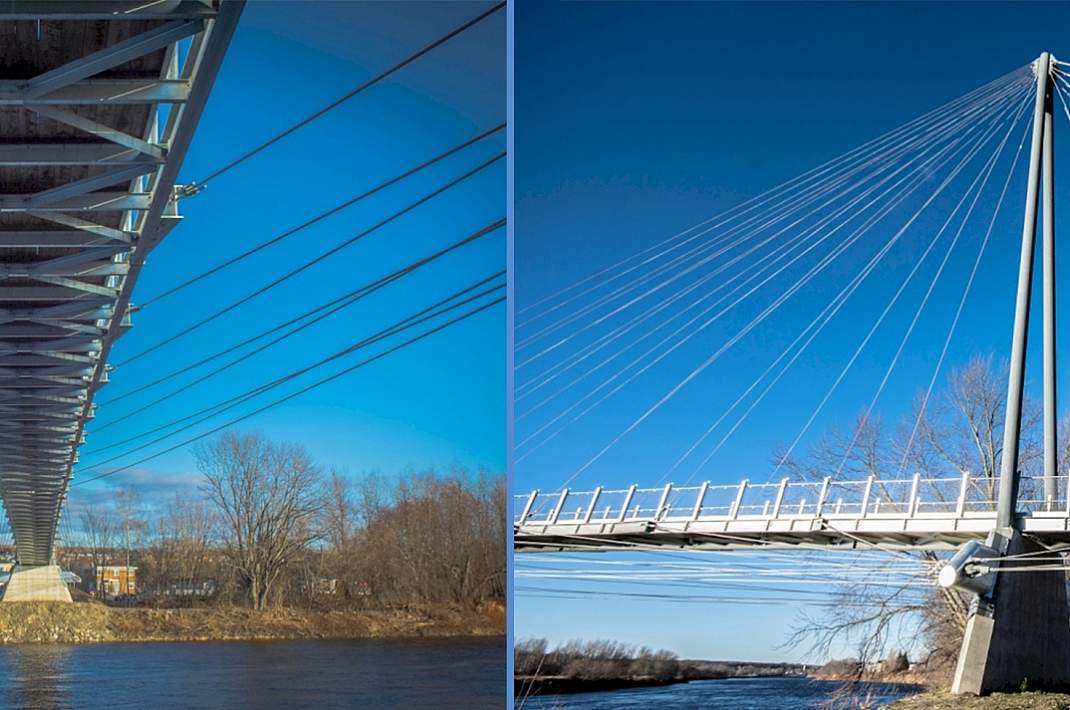