The Gateway Wings ceremoniously welcome people into the NoMa neighborhood in Washington, DC. NoMa, which is a moniker for the area north of Massachusetts Avenue, is the fastest growing neighborhood in the capitol city. Located just four blocks from Capitol Hill, in the last decade, NoMa has experienced a rapid transformation from a blighted industrial area to a walk-able place animated by daytime commerce and the weekend strolls of young families.

Each arch, fabricated from structural steel, weighs 22 tons and was hot-dip galvanized...

In 2010, the DC Transportation Department decided the New York Avenue Bridge and approach roadways between Florida Avenue and 9th Street NE could use some architectural enhancement as well as extensive rehabilitation. They turned to the citys Commission on the Arts and Humanities to oversee the project, and in a competition to highlight the neighborhood; Bloomer Studio submitted the winning design.

The design involved two 50-foot high tree-like structures which form a gateway over the bride. The arches, which are about five stories high, have arms that are nearly 56 feet long. Each arch, fabricated from structural steel, weighs 22 tons and was hot-dip galvanized for corrosion protection and then top coated for enhanced aesthetics.

The arches are open at the top, with two curving pieces that seem to reach toward one another. According to the designer, We started with something basically akin to a triumphal arch, and then I said we had to ornament those arches. The eastern sides of the arches are covered in a complex array of what he calls foliation: green and cream-colored aluminum diamonds reminiscent of leaves.

Because the design was complex, and the finish elaborate, maintenance of the structure would be very difficult as well as costly. The synergistic relationship of the duplex system (hot-dip galvanized steel with an architectural coating) will allow the wings to welcome visitors and residents alike to NoMa for generations to come. 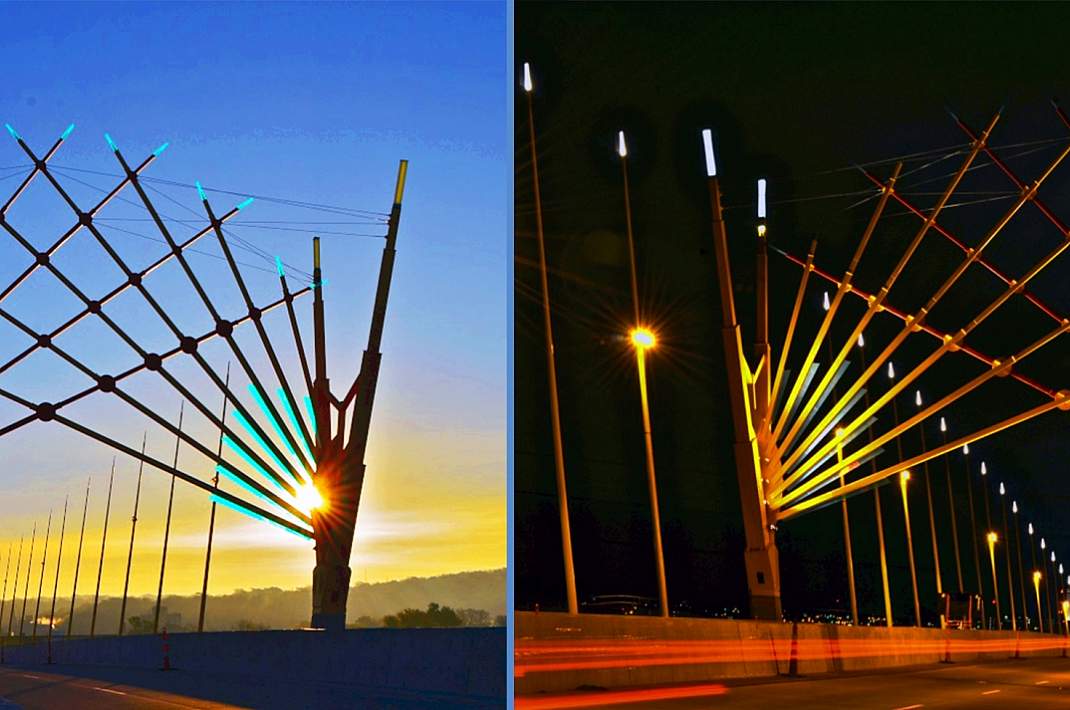 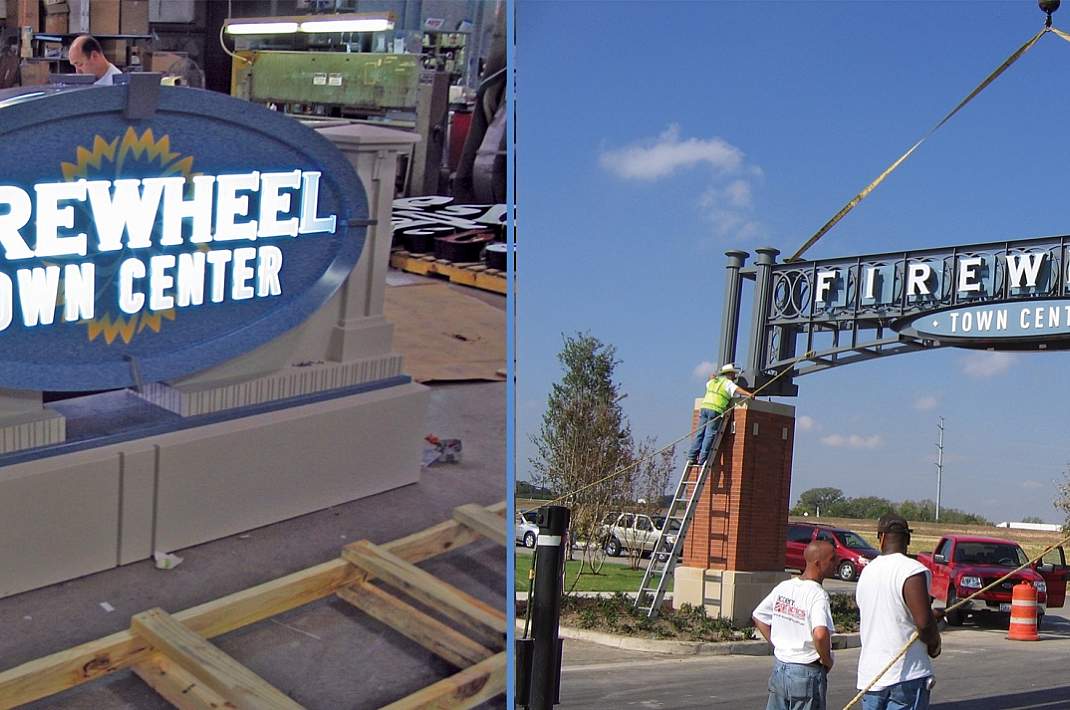 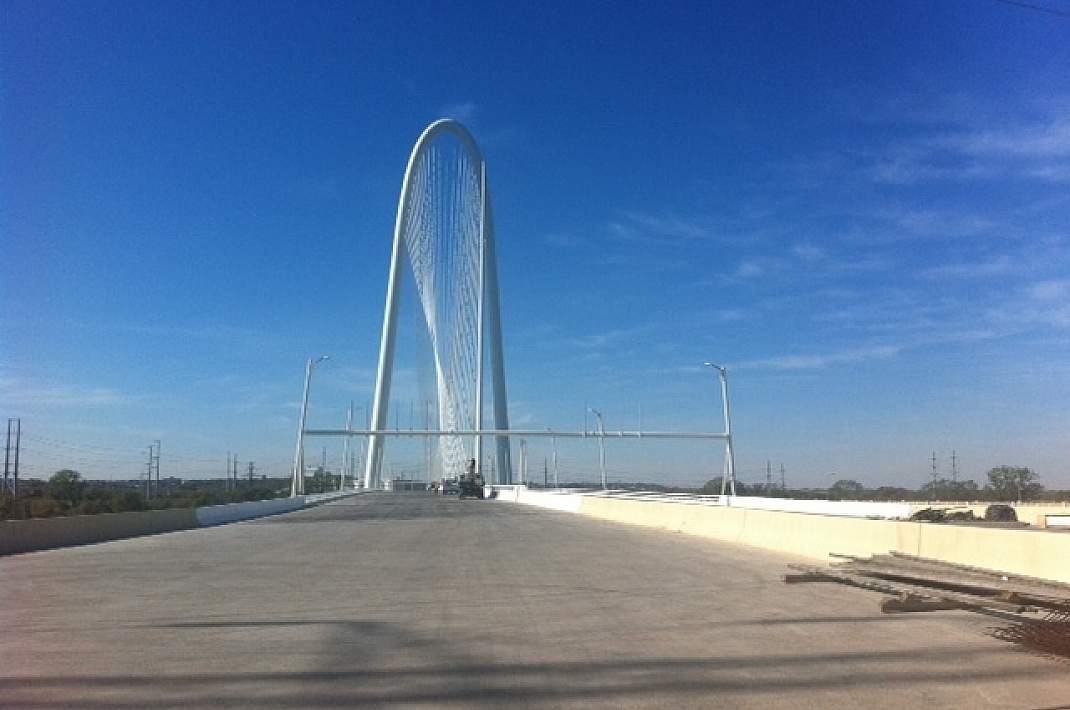 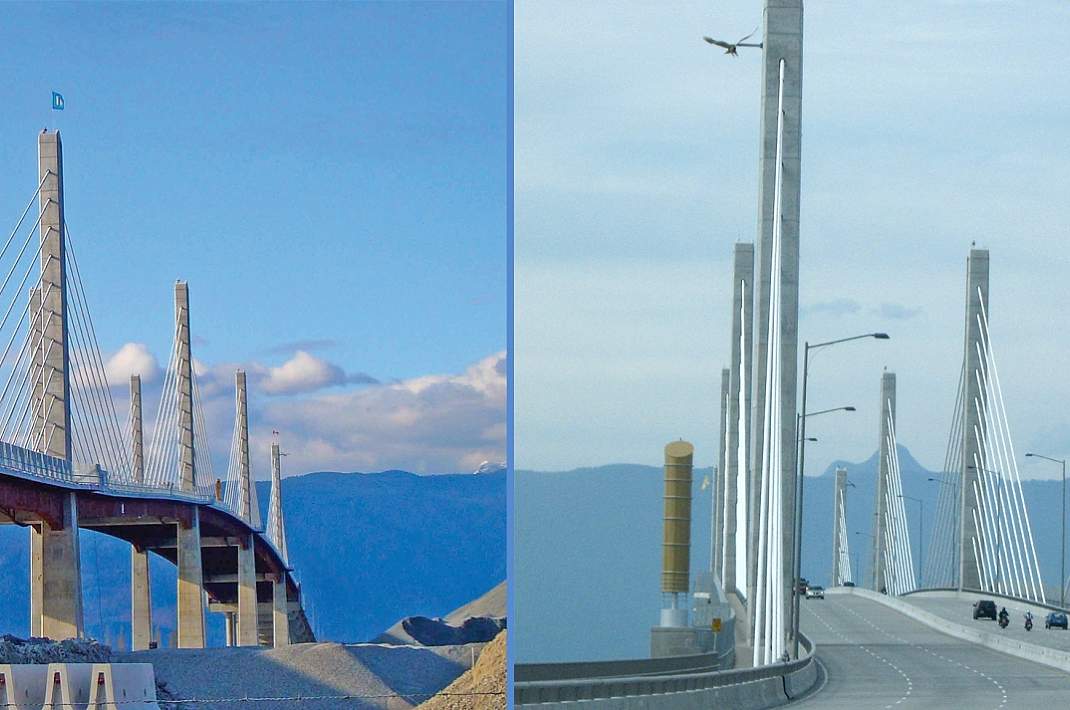