When the Ouachita Baptist University Tigers kicked off the football season at the new Cliff Harris Stadium, it marked the culmination of a longtime dream for the universitys football team.

The new stadium was named in honor of former Ouachita Tiger Cliff Harris, who went on to become Ouachita footballs most successful alumnus to play in the NFL. The stadiums namesake said not only was he honored to have the stadium named after him, but he hoped that having a new stadium for the football team and the school would bring a new energy to Ouachita and needed recognition to the football program.

Harris also pointed out that the stadium naming also made him think of his own mortality. I know that nothing lasts forever and my name will be up there for enough years that eventually people will say, Who is that Cliff Harris guy anyway? Harris said.

The dedication of the Cliff Harris Stadium served as a milestone for the schools football, which has a rich tradition dating back to 1895. A.U. Williams Field, named for the Hot Springs physician who donated land for Ouachitas first football field more than a century ago, remains a central feature of the new stadium.

A key element of the new stadium is the George Dunklin Family Press Box named in honor of the Dunklin familys financial gift to the project. The new stadium is an impressive 192-ft. long, 110-ft. deep and 82-ft. tall, including the press box which measures nearly 3,500-sq.-ft. The home stands seats 3,060 fans, including 572 reserved and premium reserved seats.

There is no doubt the new stadium will be attractive to potential student-athletes and fans of athletics. I want all our facilities to represent the excellence of our people. Convenience, comfort and a great experience will be hallmarks of our new stadium, Dr. Horne emphasized. With the facilities located in our concourse, our fans will have easy access to concessions, merchandise and restrooms.

Watching the game from our new stadium adds a dimension of sight that we have not enjoyed before. Ouachita Football Head Coach Todd Knight also is excited about the facilities. The new stadium enhances our ability to attract very talented student athletes, he pointed out. To be able to combine first class facilities with top notch academics is an added asset for the overall program.

It also provides a sense of pride among our faculty, staff, students and alumni which will create a great atmosphere and unity among the whole campus. The new facility raises the standard and commitment level of everyone in and around the program which raises everyone's expectations for athletics, especially football, Coach Knight said. The players are excited for their parents to have a first class stadium to watch the games. The fans will enjoy the overall atmosphere.

The players have set very high goals for the five games that will be played this season in Cliff Harris Stadium. Highlighting various features of the new stadium, Athletic Director David Sharp said the facility will completely change the experience for fans. He noted that the wide, covered concourse under the home stands will provide convenient concessions, restrooms and accessibility to handicapped seating. Hot-dip galvanizing (HDG) was used in construction of the new stadium.

This is significant considering the notoriety of the stadium, its namesake and all of its features. The stadium features a state-of-the-art press box, a presidential suite, athletic directors suite and reception area as well as coaches boxes, radio boxes and areas for media, sports information, film deck, public address speaker and clock operations.

The new stadium should bring a new life and a home field excitement for the players to the Ouachita football program, Harris said in an Ouachita Baptist University news article. Coach Knight and Coach Sharp always have done an excellent job in bringing quality athletes into the Tiger football program. A shiny, modern stadium certainly should help them with recruiting and team spirit at home games, he continued. Hopefully, we will see statewide and national recognition for the new stadium that will bring needed attention and focus to the Ouachita football program and how it benefits the university.

All structural beams, braces, hand rails, the entry arch and tiger face at the main entrance. All the stairs and bleacher supports were galvanized. 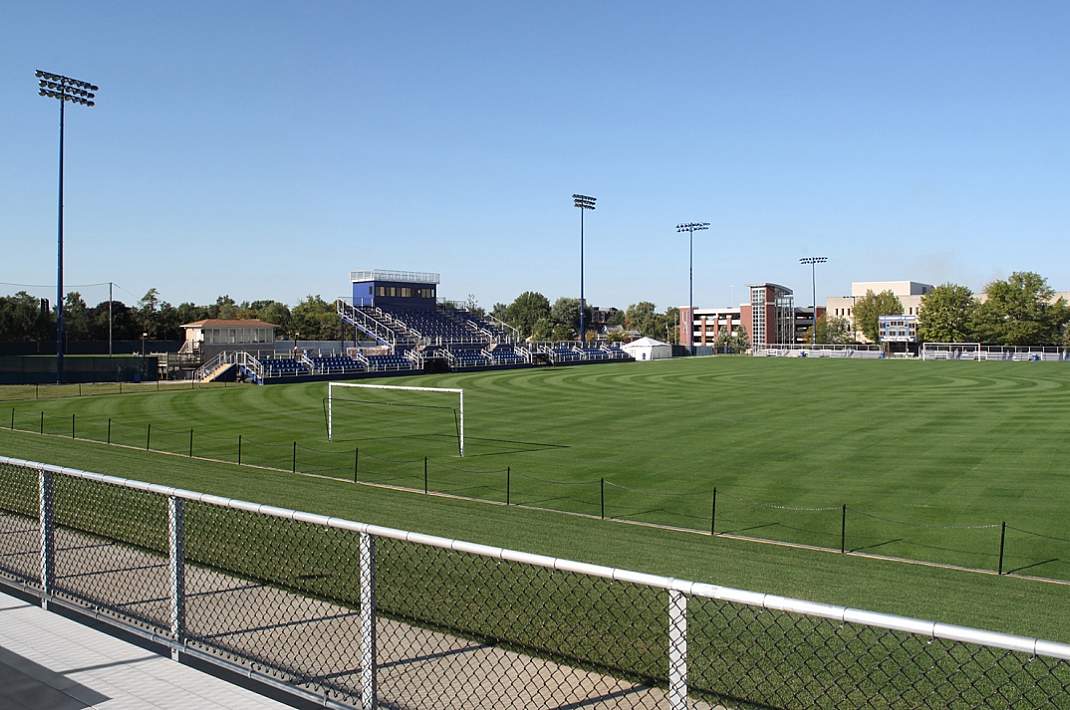 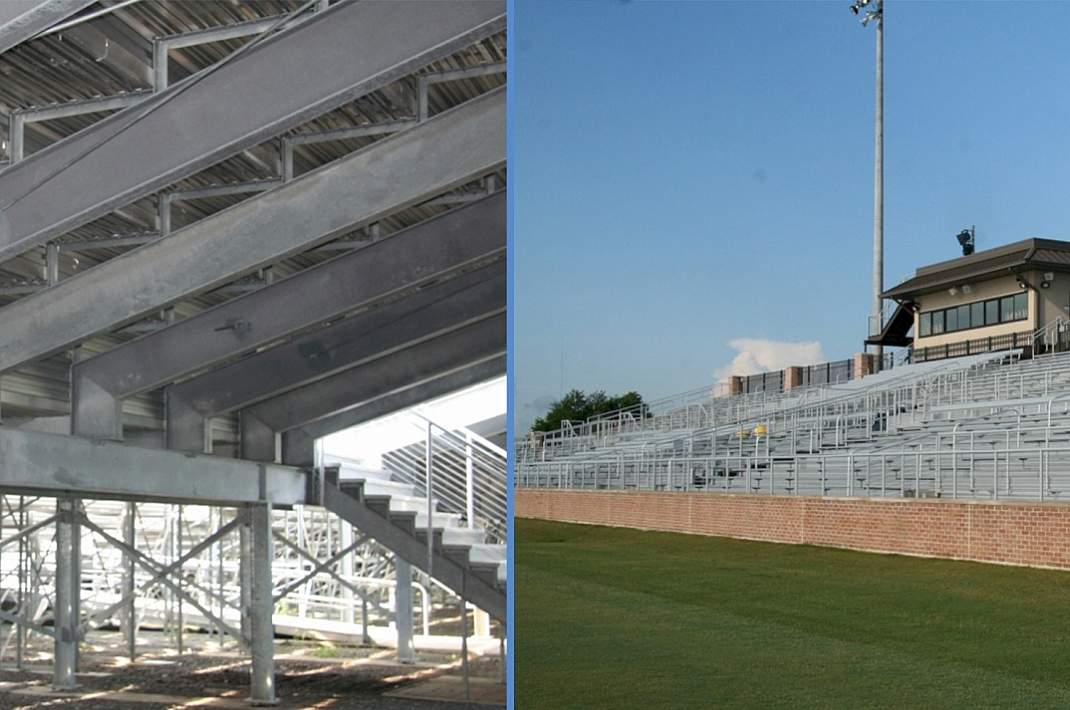 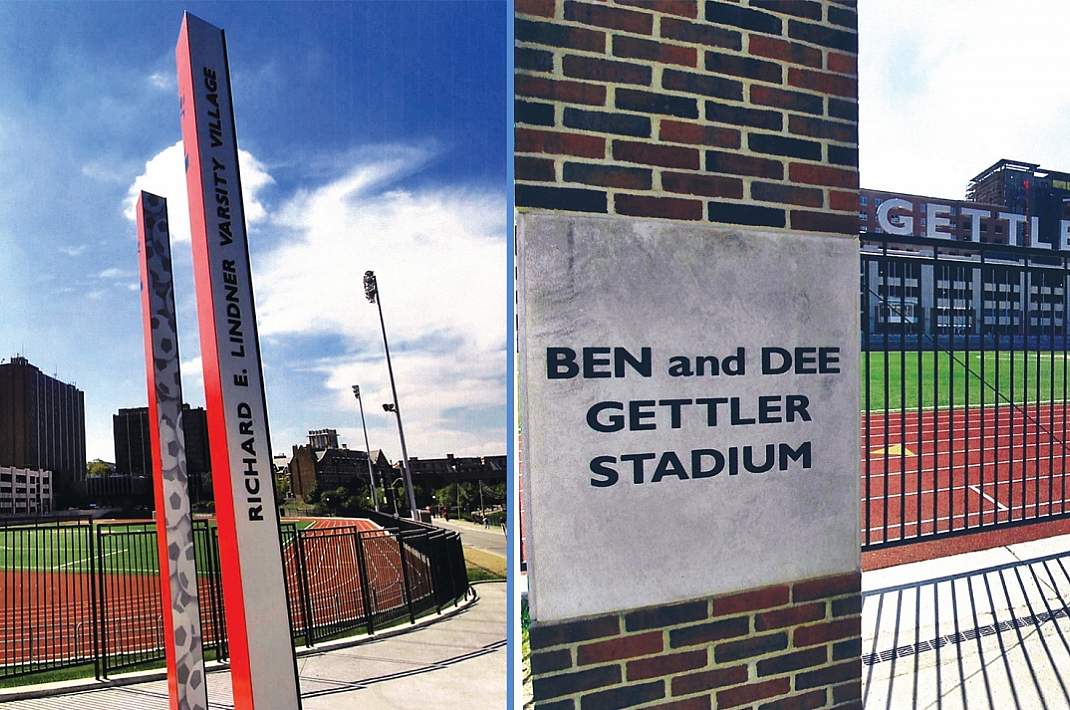 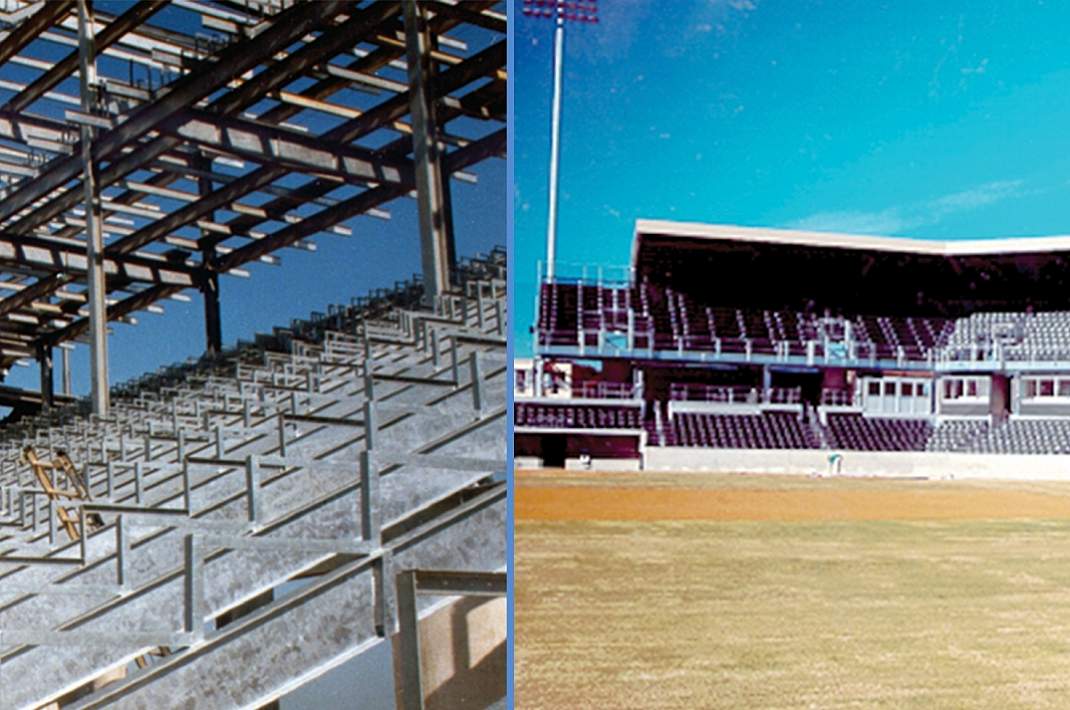 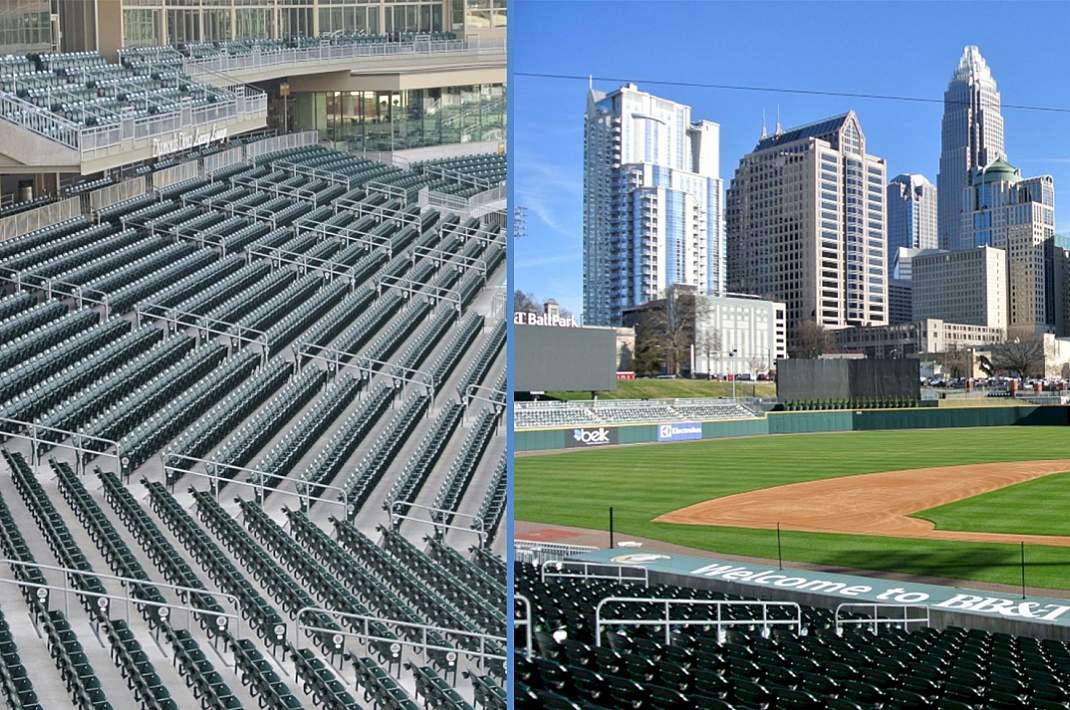 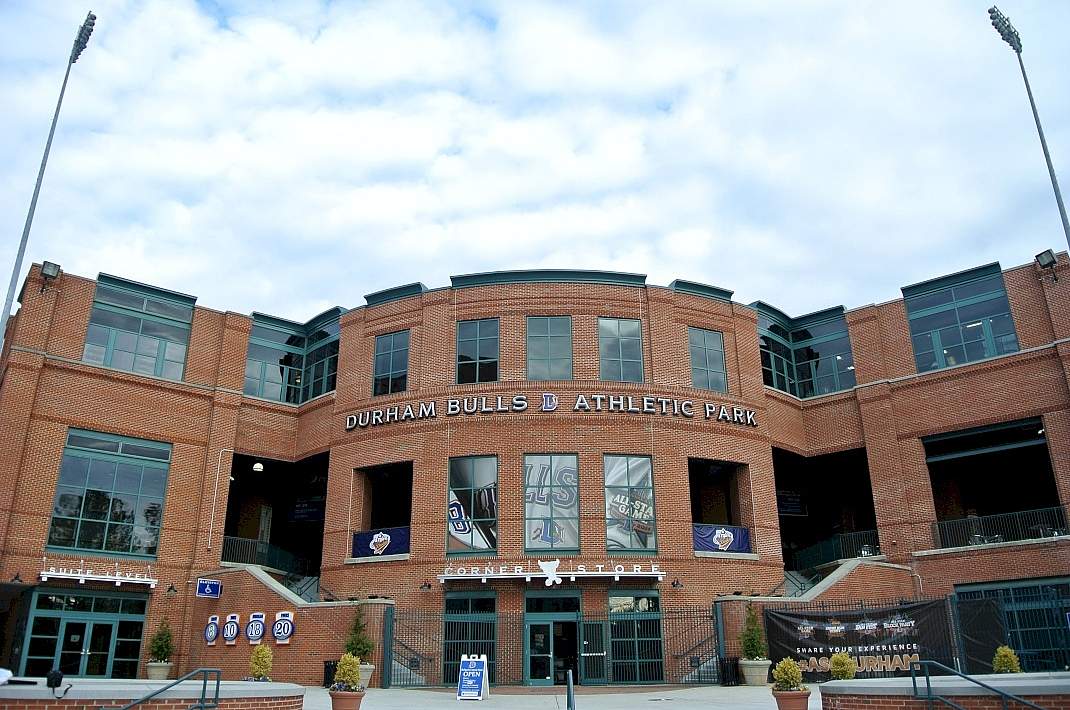